Korovev wrote:Take the Pod Ages: when they came out, it must have been a fantastic experience, trying to figure out how it worked.

Nope, the Pods were a joke then too. We had players who were certain that there was more there to see and do, but in the end they were (unfortunately) wrong. The primary experience was not the portals; you're looking at that through hindsight knowing it's the only purpose they still serve. At the time we were actively lied to about the content in those pods. The timing puzzle itself is definitely an interesting concept, but in a vacuum it's pretty meaningless and not worth much of anything.

What was the content that we were 'actively lied to about', if you can remember? I only remember seeing videos and images of Negilahn from the original Uru Live trailer that came with the ABM disc. I just assumed the pods were places were you could sit and observe the animals, or at least that was their original concept.

A quick note about the interface and character menu:

Here's the character screen I created for the Ages project which was an Uru reboot of sorts:

I think something like this could work for this project, not exactly the same per se, but I tried to really capture the spirit of Myst/D'ni in its aesthetic elements.

This is really good. I'm aiming for something a bit more crude since graphically Uru is quite old, and too much fluff might look odd. But aside from that, the colors, sizes, layout and font are pretty much what I like.

Designing a good UI for Uru isn't simple though. Most in-game UIs need to not completely block the view (since the game isn't intended to be paused). And since Uru deals in the D'ni (both old school Writing and modern technology), the DRC and the Bahros, it's hard to find a style that's coherent with all of them. It doesn't help that I don't have a lot of skill with these things

But overall, UIs with dark colors and simple designs blend pretty well with any environment. I'm going to make it simple at first, should be enough for now. Still better than Uru's weird UIs.

Those designs are kinda showing their age imo, I'd probably make them a bit more snazzy if I was to redesign them again.
Beneath - IC Blog.
Beneath: Ages of Tweek - FB Age Dev Page.

Yup, I heavily relied on those for the login GUI, and as general inspiration for some elements. The darker colors go well with pretty much any Uru location, and since it's minimal it's easier for me to recreate in Unity.
I tried various designs more or less inspired by this one, but haven't settled on anything yet. Plus there is still the underlying code I need to work on (for handling avatars and such).

My other source of inspiration is Skyrim's interface. It's not perfect, but I like a few things about it: simple yet elegant, can be used without a mouse, allows seeing what's going on behind it (useful since Uru isn't meant to be paused)...

Sneaky update !
The source code is now available on GitLab ! This is mostly so I have a backup online in case my PC fails*, but feel free to have a peek at the code if you're interested (the code is licensed under the good ol' GPL, like the other Plasma tools).

Oh, and if you're wondering: I'm on a new job since September, and while it pays well, it is rather draining, which explains why progress on UPlasma is slow (especially compared to last summer during which I was in paid unemployment, and could work all day long on it - ah, some things are just too perfect to last).
What little time I spent on it since then was used on refactoring the code to actually fit .NET standards, make it easier to setup for other people, write some documentation, figure out the various licenses, and do small but numerous improvements to the code - all of which took a lot of time and wasn't that fun. But now that's out of the way, so hopefully I can resume working on the cooler stuff.

* The code I wrote is now a few dozen thousand lines of codes, not counting libraries, license headers and non code files. That's definitely something I don't want to lose

Thanks! (I don't plan to actually do anything with the code myself; but I applaude the initiative)

Plasma used face sorting to solve alpha issues. Unity doesn't have it (mostly because it's CPU hungry and evil). As a workaround, most foliage will have to be rendered using alpha test (cutout) instead of alpha blend.

Aww.. I might be wrong but I fear that might be a big problem.. It might look passable on some foliage, but alpha textures that feature smooth gradients just won't look good using alpha test. I suppose there is no way around this?

A backup is a great reason for having a copy on a hosted solution somewhere. Also, thanks for sharing your backup!

I'm enjoying having a look at this. It's awesome.
Changes in version 10.17: The CPU no longer overheats when you hold down spacebar.

Aloys wrote:Aww.. I might be wrong but I fear that might be a big problem.. It might look passable on some foliage, but alpha textures that feature smooth gradients just won't look good using alpha test. I suppose there is no way around this?

Actually, it's not as bad as you might think. Most alpha-blended meshes are simply decals, which don't have the issue as they are easy to sort in advance. It's only a problem with complex meshes involving multiple alpha blended faces overlapping without any opaque mesh between them - typically, as you said, foliage. 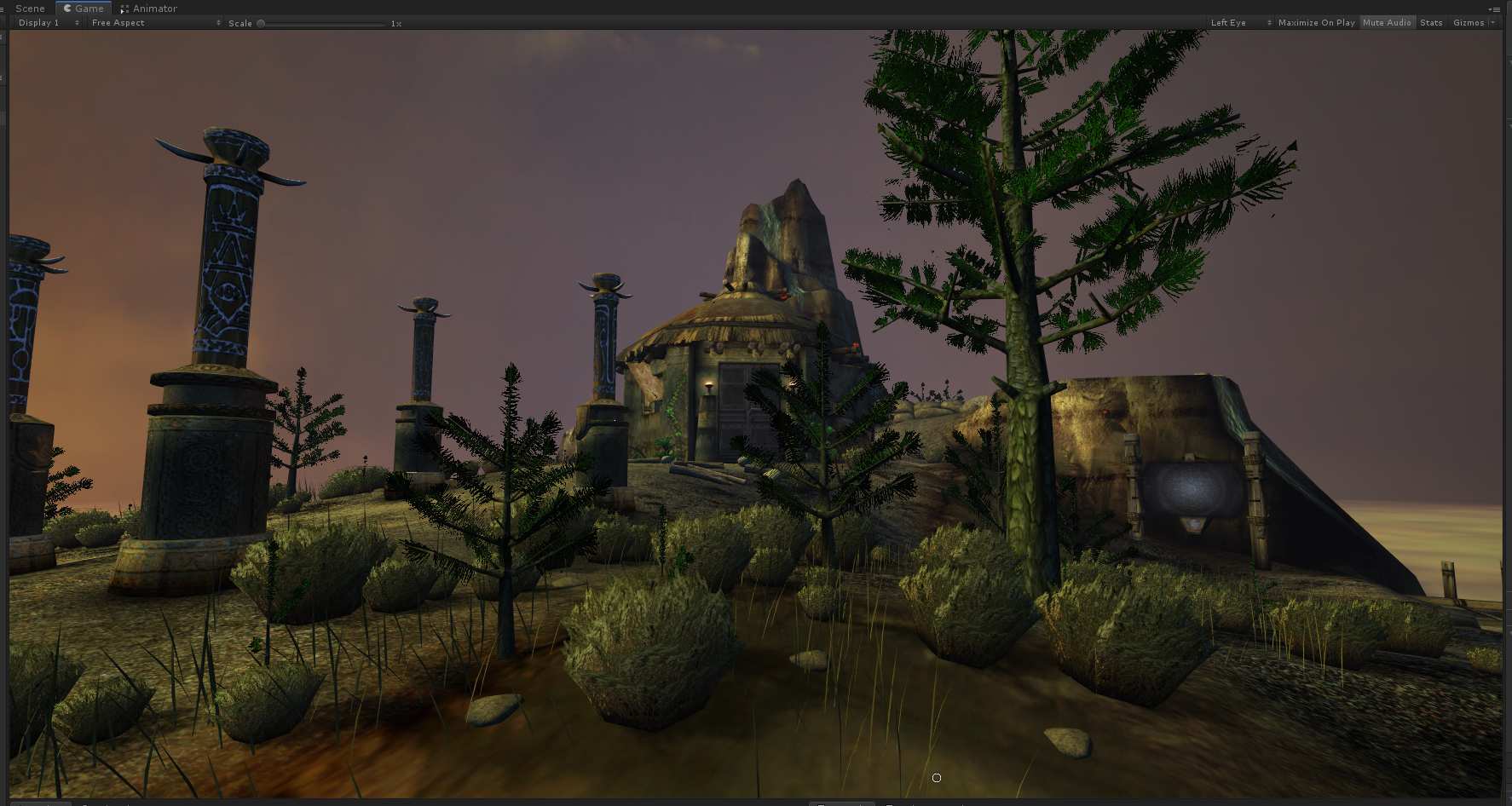 Tsogal: rather meh, but tolerable (the grass is intentionally brighter than usual to highlight the issue) 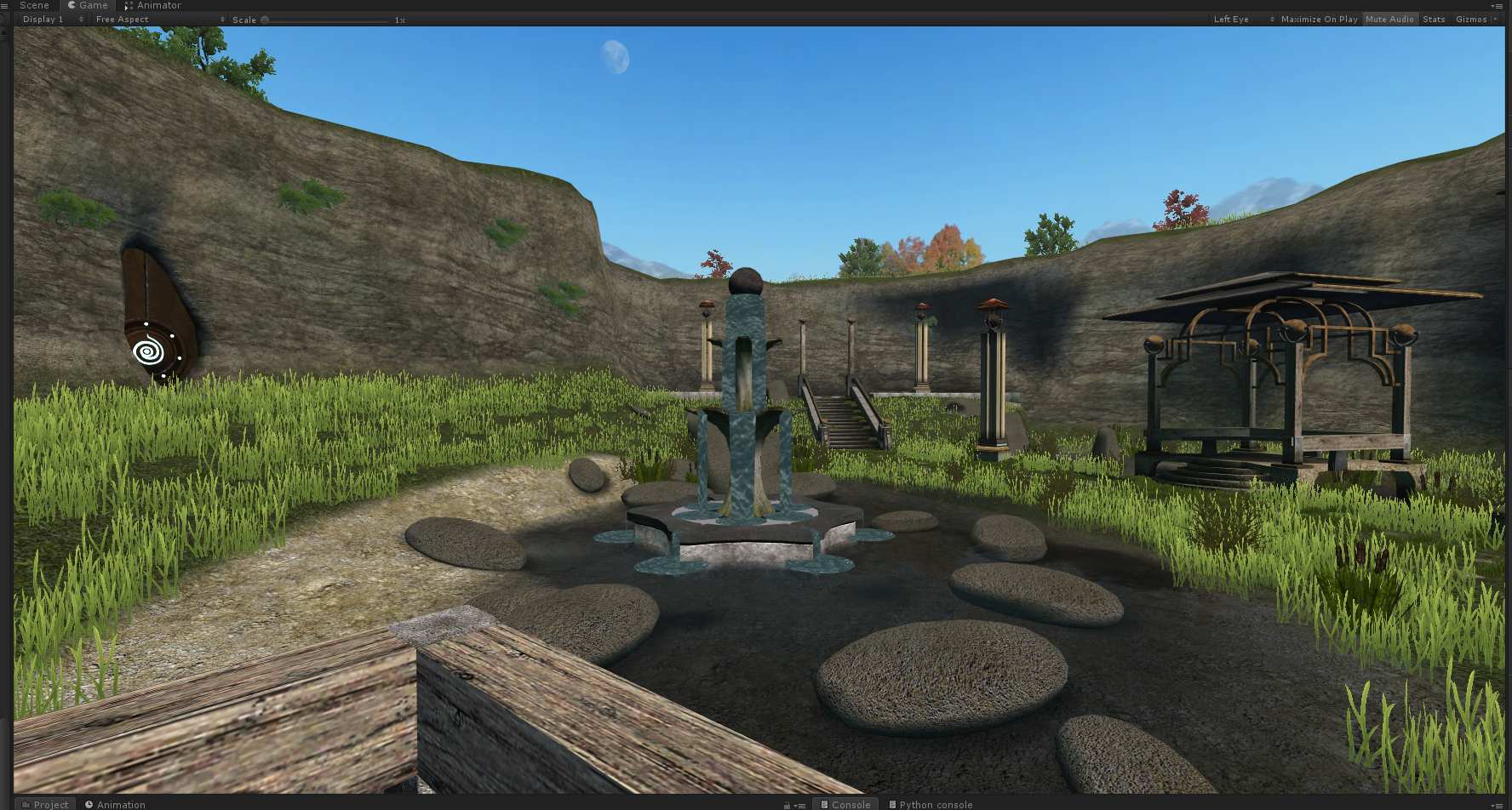 Cleft: yeah, that one is rather bad 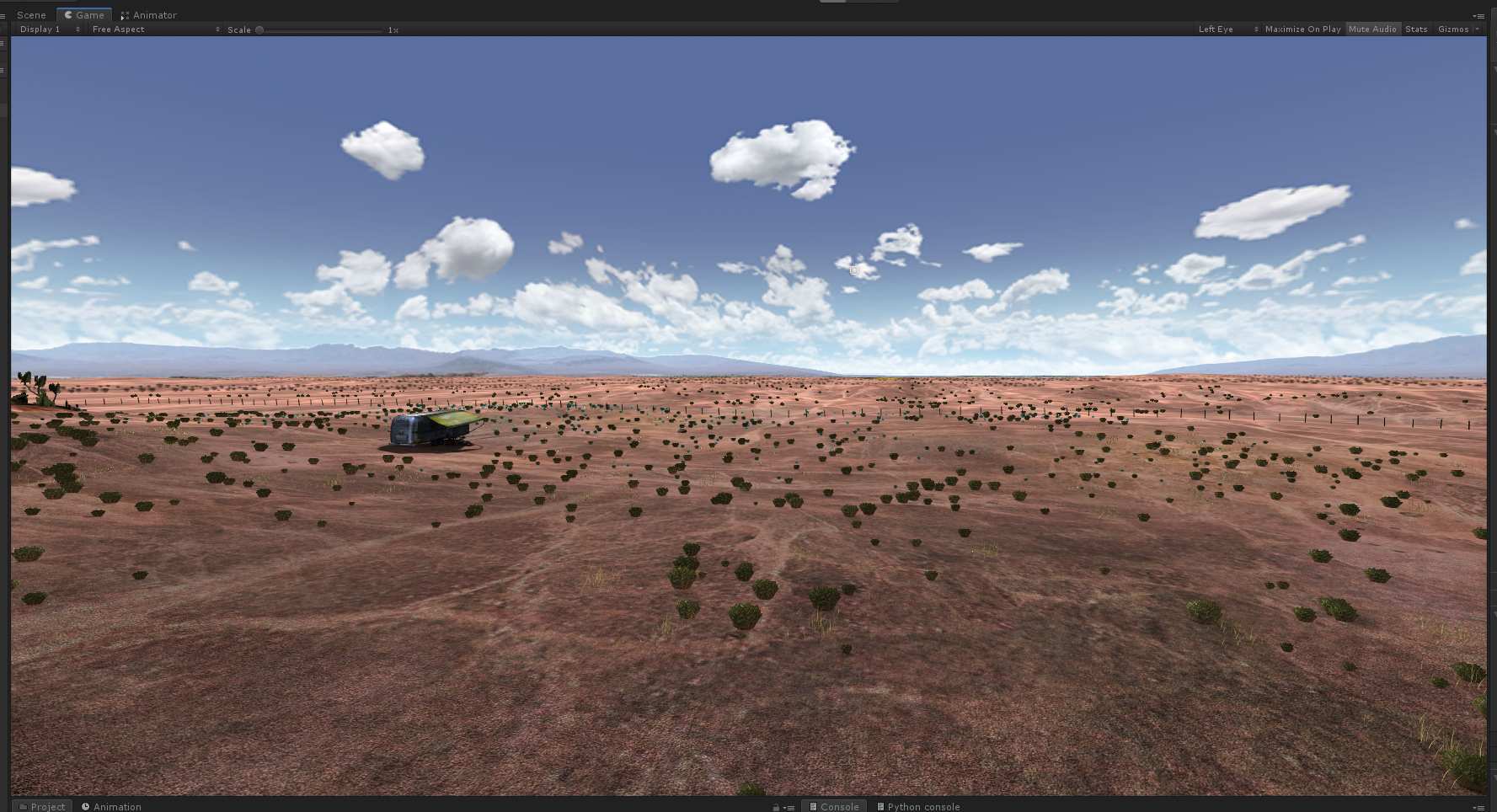 There are ways around it, and I might implement one at some point, but AFAIK all are pretty bad, like making each face its own scene object (Morrowind did this, and it cut the game's framerate in two). Cutout foliage will do for now... I'm pretty sure I'll have to rewrite the shaders to account for things like dynamic shadows on lightmapped meshes and linear lighting at some point anyway.

Deledrius wrote:I'm enjoying having a look at this.