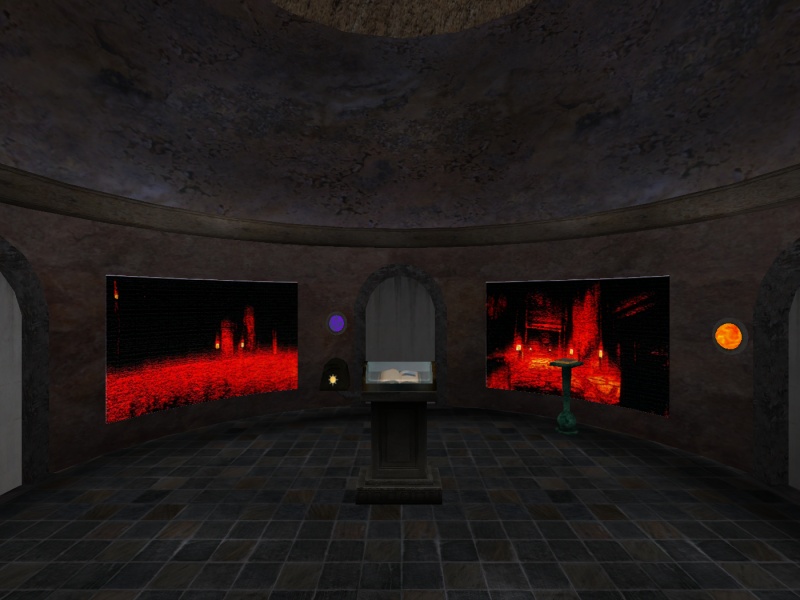 On the 79th–80th expeditions of the Fan Ages Touring Club we visited Kohdalan & Tyldalan, by Itep Edor, Corvus, Wodan, Falke, Fruti and others. See Minasunda’s video!


Released in August 2021 after many years of development, Kohdalan was a refuge for the D’ni who escaped Veovis’ and A’gaeris’ plague. Images of the burning D’ni city can be seen on the walls. Once the visitor finds their way out, they will start a trip through the seasons, starting in winter.

There are puzzles, Relto pages, and easter eggs

A sequel is in the making (edit: Tyldalan, released in October); when you get to the final area (with the tripartite glass) somewhere there is another linking book that will link to the new area.

Minasunda made a video walkthrough. If you’re in a group, keep in mind that a sequence or two are assigned based on an avatar’s actions, so it’s advisable to pick one person to click all the buttons to avoid bugs.


Recordings of the first and second Twitch stream are available.

Next time (September 12 at 11:00 KIT) we will visit Palamary Bay by Melvin. Until then!

Thanks again for your very appreciated tour! It was a great pleasure for the three of us to see so many people in our ages.

I remember when I told you on our visit in Takla Makan that we are working on releasing Koh-Dalan.
I am very happy we finally made it.
Looking forward to meet you all in Tyldalan.

Sorry if this is out of place, but I am currently trying to make it through Koh Dalan but ran into a issue of not getting a code when I solve the Zodiac room. Not sure if I missed a prerequisite or if things changed?