TrapperDave wrote::)
I have noticed one thing that puzzles me? With the same progress online & offline.
Offline I can easily jump over the barricades up through a certain Iron Gate.
Online, I can jump on top of the barricades to wood plank, but it will not let me pass through?
Why the difference between offline and online ?

Being the builder of this age, i can tell you that there is not a bit or byte difference in the gamefiles for off line and on line.
Unfortunately the plasma game engine has many physics issues.
its nearly always possible to pass colliders in one way or the other.
As a test i once builded a transparent closed ball and inside it was a small ball.
when i animated the big transparent one, the small ball falls through it immediately.

That makes it hard for a builder.
i placed plenty colliders around that barricade on the balcony to avoid that you can pass it.
and still you succeed in passing it.
I dont know what to do about it , i can only tell you that it is not intended that way,
not by me and not by Cyan in their ages.

in my ages it is never intended that you can pass a barricade!
A barricade is there to do what a barricade should do , it blocks the passway!

However, you can be sure that there is another way to reach that tower without any problem.
You only have to find how.

You can compare it with a one way road.
its not immpossible to enter that road from the wrong side , but you simply don't do that because its forbidden.

I hope you can understand that if you succeed in passing obstacles where its not intended , you also reach places in a way that cant be
avoided by the builder. So if you press buttons or pull switches in an area you could normaly not reach yet, you alter the logic in the wrong moment and ruin the gameplay.

So overall, just play the game, and do not try to reach an area in an unlogic way using weird difficult moves or jumps.
you dont need to have fast gameplay skills, only brains to solve it.

@ dendwaler Thanks for the explanation

Offline a simple R/J at the right angle gets you on top. And then you simply walk on through. I did not touch anything up there so I don't think I ruined my gameplay? I sort of assumed the barracade was meant to keep you out, but wasn't sure since it was so easy to jump it. I was just curious why the difference in the physics between offline & online? It must be just one of those things ( myst a mystery) , no big deal now that I know to stay out. LOL
However just to let you know on the 3rd floor there was no way I could jump the barricades!
TrapperDave Ki #00151142
Lost somewhere in Elsewhere for a long time

Great new age, but having a problem with the gate and door control. The first time I visited, I was able to figure out the control and what each button did. Now when I go to the control it only has 3 of the 8 diaplayed on the control, ( the north east gate button, the south west gate button, and the south doors button). How do I get the rest of the buttons to display?
I know you think you know what I said, but what you need to know is, I didn't say what I meant 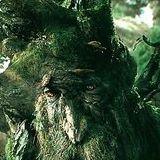 @ Oldone I think you were playing online and found someone else s progress? The control you refer to has no buttons until you find them. If the Age is reset the buttons need to be found again through the gameplay. If you were offline, I dunno?
TrapperDave Ki #00151142
Lost somewhere in Elsewhere for a long time

OK, guess I will have to wait till I can install an offline version. Right now I am having trouble getting Drizzle 31 to work with Windows 7

. thanks for the input.
I know you think you know what I said, but what you need to know is, I didn't say what I meant

@ Oldone Yeah I hear you. I can not get Drizzle to work on my Windows 10. Do not know about Windows 7?
You can go online & /!resetage every time you enter. It is not too difficult to find the symbols for the buttons
on the control you refer to. That way you will follow the game play correctly.

Doing it over & over again,
but soon you will do the Age blindfolded

TrapperDave Ki #00151142
Lost somewhere in Elsewhere for a long time

@ dendwaler Hmmmm. I can tell you there is a difference in jumping those barricades offline VS onlne. Regular walking ( no flymode or cheating) it is easy offline to cross them. However online it is apparently impossible, a lot of invisible collision walls blocking you. Online I can get on top of the barricades, but invisible walls will not let me pass through. Dunno why? But there is a difference, maybe a glitch with my computer? Myst or another mystery LOL I do realize it should be the same, but another player told me the same with them. However the barricades upstairs I can not cross online or offline.
TrapperDave Ki #00151142
Lost somewhere in Elsewhere for a long time

First i have to admit that my first concern was to deliver a complete and visual attractive age.
To make it fool prove in every detail would have cost me probably a few years more.

About the issue,...if you refer to the barricade on the balcony leading to the main clocktower, the one with the sun symbol.
Then there excist an uncommon problem.
There must be a collider to avoid you can jump from the balcony to the stairway.
But the collider must not be there when you walk down from the tower to the balcony.
To make this possible there is a detection zone in the stairway, if you pass that then the collider switches away.to let you go pass it. Then it will stay way because it is not longer needed, because you already found the proper way to the belfry.( colliding in one direction only!)
On line this will work .
Of line it will also work, but if you have used only one time fly mode and came down the stairs the collider will be away until you delete your "sav" file.
may be that happened.
Its just one of my "frustrations" around fly mode. It ties the hands of the builder, because it limits the freedom of agecreation.
And prohibits me the use of detection volumes .
Those wonderfull Worlds are called " Ages" , because that is what it takes to build one.

Dendwaler wrote: "First i have to admit that my first concern was to deliver a complete and visual attractive age."

Yes, and that is what you have done. In a wonderful fantastic fashion.
People love your age. They are enthusiastic. So, why are you worry about perfection. Nobody expects perfection.
Everyone just wants fun. They want to be surprised. They want to explore something new.
All you gave them.

I think you have done a great work