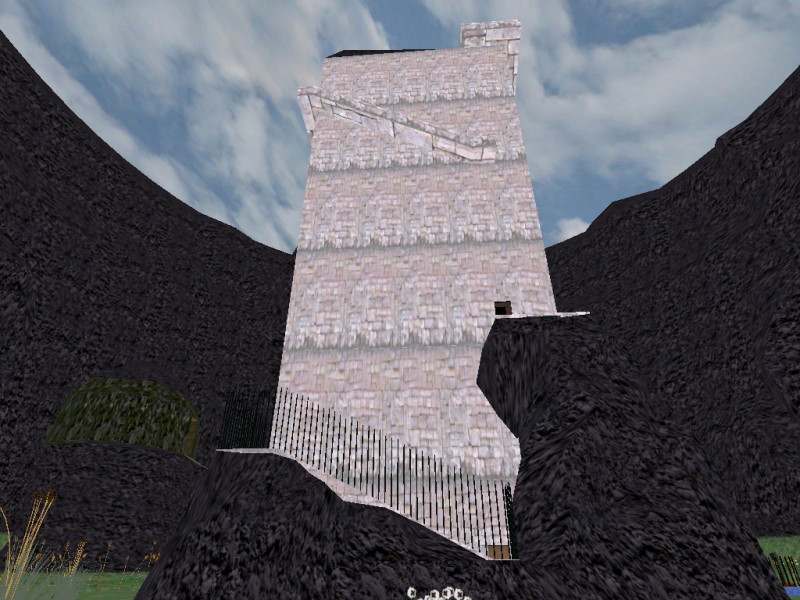 On the 5th expedition of the Fan Ages Touring Club, we visited the latest chapter in The Secret of the Rainbow series by Jhon J. Jaguar: Somahoglahn (“ancient seal”, in D’ni). The Age was released on March 1, 2020 on Deep Island, and the next day on the Deep Island UAM for offline play. See Minasunda’s video!

In this series, little by little we learn the fate of the crew of the Erimanthus – the fastest of the Black Ships – and of its crew, that mutinied against the cruel command of captain Krakon, to safeguard with their own lives a trove of Linking Books to the very Ages in the series.

As with the previous chapters, there are puzzles, of the fiendish kind but not as tough: the previous Ages were designed to test perseverance, while the ones in Somahoglahn are more meditative. If you will ask for hints or help, you might end up thinking “I could’ve thought of that!”

While in Lonirvan the local fauna was to be avoided, the animals in Somahoglahn – the Shamir, the Argiope, the Carabo and the Polistea – are there to cooperate with the explorers. Not all of them are sociable, though, certainly not the Shamir!

A nice touch is that the journals are available in five laguages, to make the Age more accessible to an international audience. The dark room with the fireflies can really test your ability to walk on narrow paths: if you can’t manage, Grandbad made three marker missions for the most complicate passages. Only use them if you’re helplessly lost, though

The next chapter will be the closing one, where we’ll finally get to visit the Master Age.

Another, more general thread about Somahoglahn is here – the one you’re reading is specifically for the tour.

Next time: Janga, by Itep Edor and the Huru.info group. If we’re just that good, we will then start Takla Ma’kan, by the Huru.info group, as the two Ages (and the next two ones) are linked. Both are fairly large, with quite a few puzzles.
According to my notes, these Ages were released on October 15, 2006 and March 10, 2007, respectively; can anyone confirm?
(Previous tour: Andy Legate’s Ages)
Last edited by Korovev on Tue Jun 09, 2020 9:06 am, edited 3 times in total.
Gehn #137074, Deep Island #194197. Gahreesenomee biv keneet pishoeet b’set!
Want to know what’s going on in the Cavern? Visit the GoMe site.
MacOS wrappers, D’ni Lessons, DniTools, goodies.

March 15, 2020
Cavern tour's today. This event has gotten established well over the last few weeks, and continues to bring more and more explorers every time. I've kept it a surprise to myself which ages we're to explore today. Looking forward to it!

These video displays are intriguing, I'm sure the meaning will become clearer with time. I scribbled down some symbols, but I know little of the D'ni language (especially in written form) and shall leave that to the others to decipher.

If only we'd had a botanist along with us! This initial door would have posed less problems if we could easily identify the flowers. Aqua and Art are running around checking and re-checking the flowers. After a few more attempts, the door is open!

A warning to all who would follow us: watch out for things lurking around corners.

Puzzles and insects, oh my! We've made our way through a couple more challenges, that 'ah-ha!' moment when we figured out the patters was especially satisfying. Now, we face this unnatural darkness. The light from the fire marbles scattered across the room seems absorbed into this inky blackness. I feel a tightness in my chest here. The only thing we can do is stack up and rely on each other and what little light we have.

Daylight! So glad to be free of that place. This room is but a door and a button featuring the image of a spider on a pestle. We are waiting for the rest to catch up. While we wait, we're able to turn our Ki's to Radio Free D'ni, which started broadcasting a few minutes ago. Cool tunes, as usual! Hearing some stuff I've never heard before.

After we were all suitably assembled, Kor brought the "spider" along back down to the first floor and let us into the study.

Over the next few days I'd like to spend some time coming back here to read through these journals. Overall, I've had a great time exploring with everyone. The puzzles we ran into were very satisfying to solve together. Looking forward to next time! 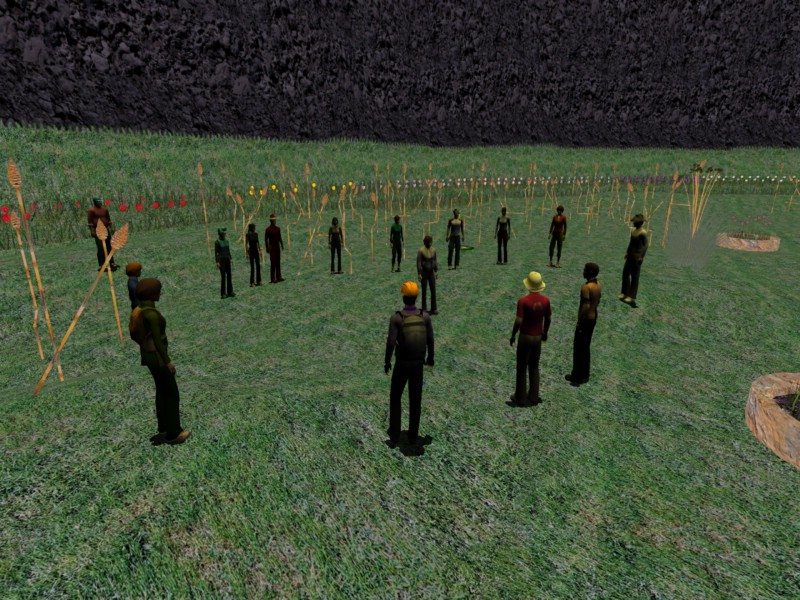