Personally I always use the Decimate modifier. On your mesh, a factor of 0.4 brings the vertex count below the limit while keeping a fair amount of details.

In my Canyon Age, I also split the mesh like you suggested, but instead put folds between each piece. Seen from the top, this is what it looks like: This works well because it's a cliff already so it gives the illusion of cracks in the rock face. Not sure it would look as good on a flat terrain. 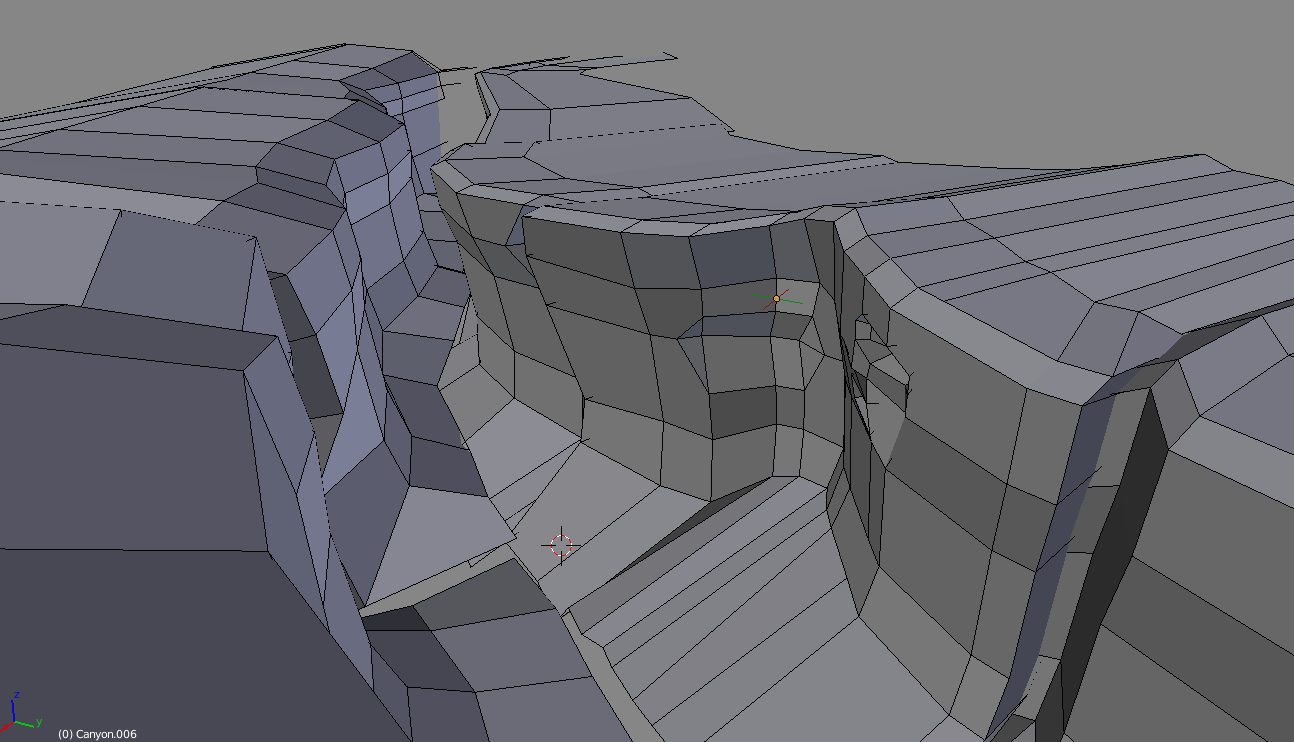 Which, after a subsurf+displace+decimate modifier, gives the following result: 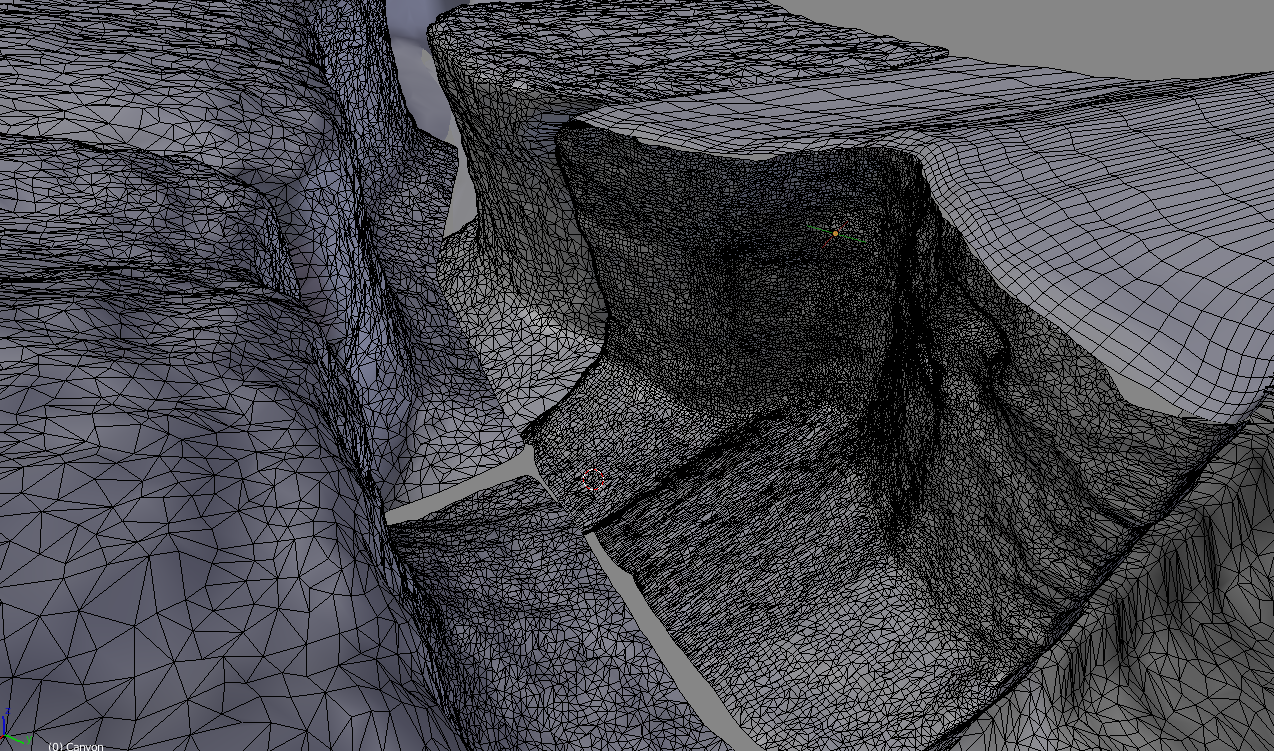 The subsurf+displace+decimate combo works well to quickly create the illusion of a detailed terrain, and I've used it a LOT. With that said, using Blender's sculpt tool with dynamic topology, while harder, leads to even better results

It's sort of a marshmallow effect!

I have used both techniques together when starting with an enormous imported mesh. The Demon Skull of Oolbahnneeah is ridiculous, for example. It made appearances in The Flying Cauldron at The Sprite Gallery last Halloween.

Most of my latest Korman modifications have been accepted (or are OBE) for the next release. Texture offsets will be mapped from Blender to Plasma on export (I had proposed making that optional). All swivel features will be available. Shadow-only RT lamps will be enabled.

What's with that Y's az pivot? For 2-axis Z az the swiveling object's Z axis must be oriented along the azimuth in the Blend file. That isn't the case with the Y az version.

Shadow-only, RT lamps enable you to bake static lighting and shadows then cast dynamic shadows on them without casting additional diffuse light.

I will soon upload an update to Sprite Gallery with the lighting redone using shadow-only lamps to cast the avatar's shadows. The lighting is more-naturalistic, simplified and has better performance.

Here is a better mesh-splitting demo. Since the next Korman release will remap texture offsets these files are mapped for Blender, not Plasma.

Here is the Chamassa Restoration with working elevator! I added an extra Animation Event Detector to handle the wayward state. And added safety gnomes.