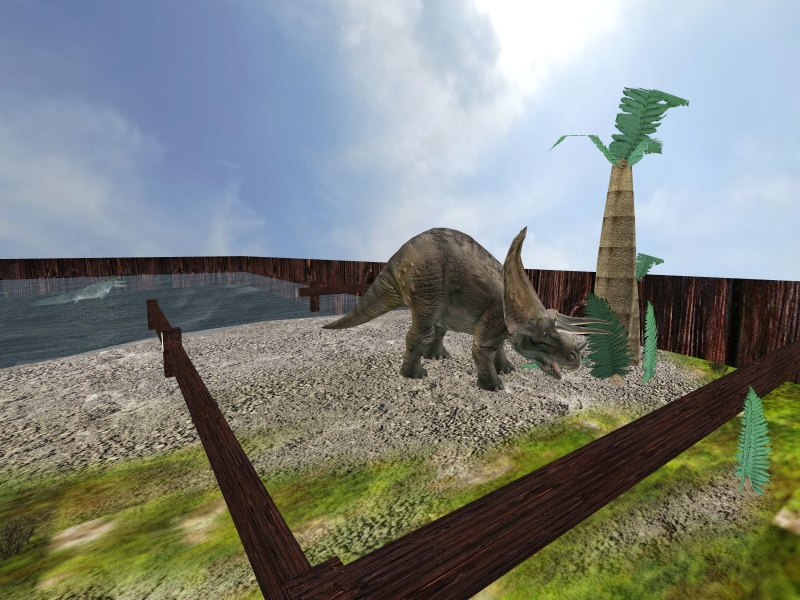 On the 17th expedition of the Fan Ages Touring Club we completed our expedition to the Geologica Ages by Metabasalt and Ametist (see part 1 for more details), and also visited two more Ages (plus a preview). See Minasunda’s video!


We started in Tyndior, by Trylon, originally released in December 2008. A very simple Age, in the style of the early ones we visited some time ago, it has a lake, and is the house of the Mighty Mouse

We then moved to Cretaceous (80–90 mya), by Metabasalt & Ametist, first released in May 2009. There are two live dinosaurs here! A Tylosaurus swims around in the lake, unconcerned with swimmers in its way, and a Triceratops is nibbling the grass (and does not appreciate being disturbed!). A journal near the link-in point also mentions the huge size the shell of Cremnoceramus deformis could reach.


In keep with the theme, we then moved to Cretaceous Park, by Ametist, initially released in May 2010. More realistic-looking than the other Geologica Ages, the Park has some more, friendly dinosaurs: a Tyrannosaurus Rex will carry you around a bit on a platform hanging from his mouth, and a Tylosaurus will show you around the shore; do leave the Triceratops alone though, she’s trying to eat without being interrupted!
There seems to be a bug in the (good-looking!) water in the online version, which prevents you from moving; in the offline version you can move around, but swimming past the the shorter side of the area with the darker seabed (there’s an invisible wall along the longer side) will make you fall through the Age.


This expedition officially ended on Botan, by Ametist, initially released in December 2008. The music is Dance of the Elfs, by Dixie and Boo, which can be turned on and off by clicking on the stereo set on a bench. A journal in a hut describes the various plants and trees in the Age (moysentrees, moysenberries, triplets, nubbs, etc.). A small boat made out of a moysenberry can bring you to the center of the lake. There is also a sauna on the lake shore.

Next to a small tree there is a linking book, mentioned in the journal, that links to Moysenland. Since this Age is large, has a bit of storyline behind it, and it was already late, we only took a quick look. We will come back in a later expedition.