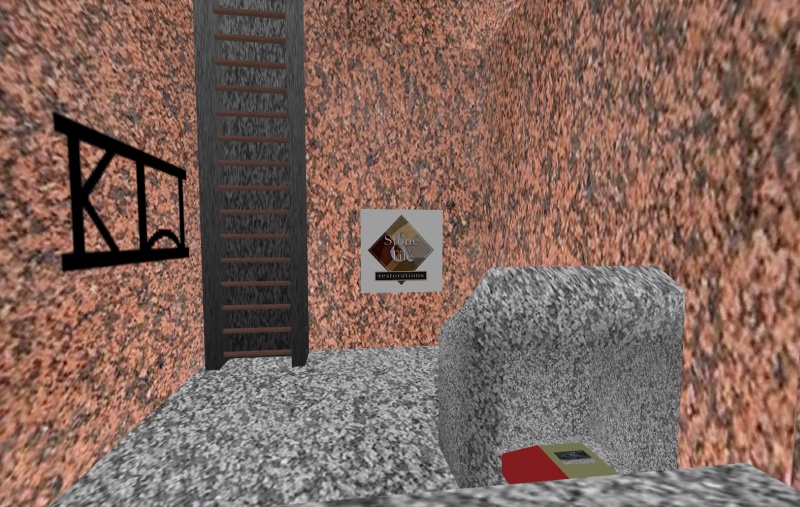 On the 18th expedition of the Fan Ages Touring Club we visited Enobmort, by J’Kla, originally released on November 2008. See Minasunda’s video!


This is a vast, labyrinthine Age, with endless ladders, corridors, a few restrooms and a spaceship. The main part consists of three 5×5 cubes divided by floors; from these, corridors lead to circular ‘garden’ rooms or, after helical paths, to circular ‘art’ rooms. One corridor leads to a circular room with hexagonal tiles; another one leads to the spaceship, but the access seems closed.

There are journals scattered around, sign by “Gibson”; the text seems a mix of IC and OOC, at some point describing a puzzle that isn’t yet there. One doors has a combination code next to it, but it doesn’t seem possible to input numbers.
One problem with the journals is that they seem to assume a predetermined path through the Age, but the numerous junctions mean explorers are very likely to read them out of order.

J’Kla is in the process of updating all of his Ages with Korman, so at some point we could come back to see – and test – the improvements.