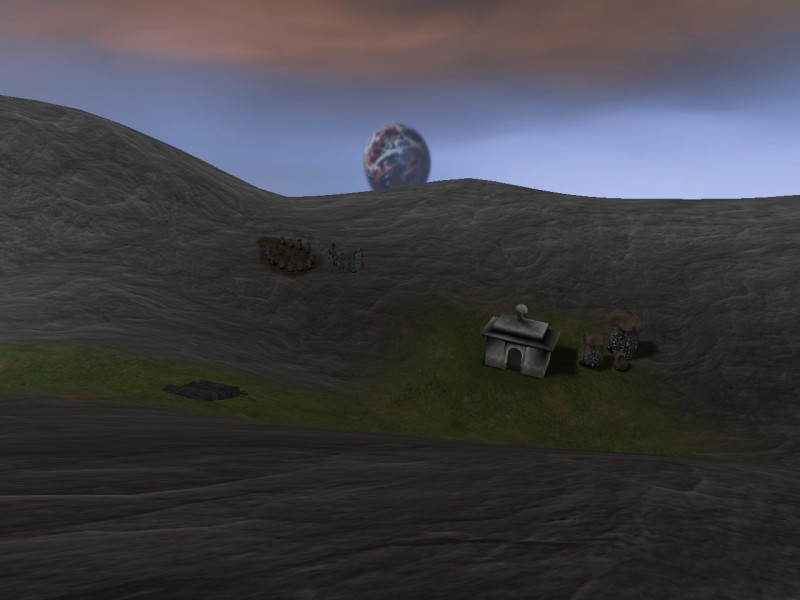 On the 19th expedition of the Fan Ages Touring Club we visited two of BobLishman’s Ages: Paah’kweh and Sonavio, originally released in October 2007 and December 2008, respectively.


Paah’kweh is a rock platform, apparently floating above a mountain range. In the area downstairs, decorated in a way similar to the interior of the other Age we visited, there is a journal that describes the Age as hot by day (120 °F / 49 °C), freezing by night, with a short day/night cycle and providing disgusting food. And the fall into despair and madness of the previous occupant. There is also a linking book, to an Age that was never released.
Both the journal and the linking book have the issue, fairly common in Ages of the time, of popping up for everyone in the Age anytime someone clicks on them. The Age, as described in the journal, was meant to be much larger and complex than what it looks: BobLishman abandoned it when a new version of PyPRP would have required to drastically rework it.
Still, a nice little Age that could be a prologue of sort of the next Age

Sonavio, when you first link in, looks like an unremarkable hill landscape. But secrets lie behind the surface. A journal, on a rocky platform next to a closed-off mine, mentions that the Age belongs to Weyland-Yutani The Company, apparently for mining purposes. It mentions a few minerals (sonavium, anori, etc.) with their symbols, and that the large, fern-like plants are poisonous (they will link you out if you stay on top of them for too long). Then a cave-in happened and The Company left the author behind, presumed dead.
As you gain access to the huts in the Age (you will need to turn on the power first), a well-hidden journal will reveal the true interest of The Company, related to the secrets of the native inhabitants of the Age. The most difficult part is decoding the ‘monkey’ (probably a Sonavian) cypher and its relation with the coloured platforms in the underground chamber.

Once the Age has been solved, walking next to the conical structure next to the link-in point will reveal an interesting, new point of view. There is no real ‘prize’ to solving the Age, save a change in music; in a planned update, reaching the central pillar was actually meant to link you to another, unreleased Age. The mineral codes would possibly have had a role too. It would be cute if floating platforms could be added as a Relto page

But a different way of looking at it is that the platform-jumping puzzle itself is the prize! Interestingly enough, the (correct) moving platforms are only solid if you jump on them from the correct side, the corridor or a previous platform; flying over them will just make you fall through.

While the Company story does not quite fit the D’niverse lore, if you are into that, Sonavio and Paah’kweh do take a page from Myst, in that you really need to read the journals to fully experience the Ages. The narrative is also interesting, in that the author of the journals is not just an observer, but was involved in events that happened before your arrival.