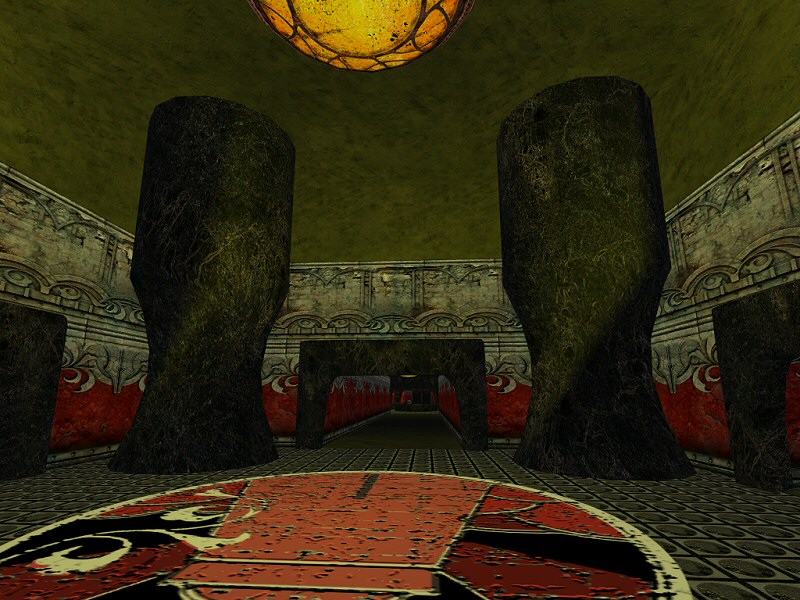 
Tsoidahl Sheegahtee, released in July 2008, is an office of sorts in a cave (written by Jamey IC) full of blue-glowing crystals, that also give off oxygen. The name in fact means “glowing passages”. A linking book to the Ae’gura Library is present, along with a journal. Three tunnels lead to a study, a giant crystal and a maze, respectively. At the end of the maze there is another large cave, with a giant green crystal.
The journal notes that there is a map of the maze left somewhere in the maze itself, and that Jamey himself got lost in it. Rumours that the the Guide himself got lost are not to be believed

If you need a map, here is one: 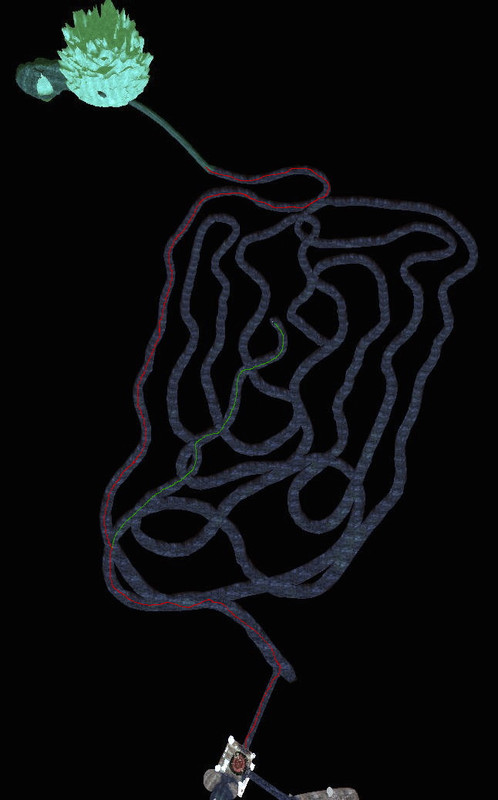 Writers’ Niche, released in January 2009, is a structure somewhere in the D’ni cavern, not on Ae’gura, presumably somewhere in the City since it is not visible. It was meant for the elite of the Guild of Writers, who among other activities would present new Ages and do research into the Art itself.
There is a View Room with a very wide window (with a rather dirty glass – or transparent rock – panel) looking on the lake, a Concept Room with round tables, an Auditorium for announcements, a Gallery with a long (and very tight) row of Books, a Library, empty and meant to store journals and reference materials, and two classrooms with posters about the D’ni alphabet, numbers, and maps. The link-in point is in front of a sealed door, that might give access to more rooms.

Of all the rooms, the Auditorium stands out as it is in fact a small theatre, complete with a raisable curtain – perfect for dance routines, or even virtual acting! It is easy to imagine the Guild Hall to have interiors in some way similar to the Niche.

The intention was to release it to what at the time was known as MORE (Myst Online Restoration Experiment), or any future form of Uru.


Crater Concept, released in July 2009, is … exactly what is says on the tin

There is a black, circular platform in the middle, with columns and a spherical object. In the starry sky, Miranda looms very close. Is the Age actually Puck, or Ariel?
On the other side, there is a tunnel (just one!), that leads to a cave with a shaft that leads to a second cave with small lake. If you aim correctly, you can also land on a ledge around the shaft that has a secret tunnel to another cave with a floating sphere and two columns, and a small room. A simple way of landing on the ledge is to start from the notch and aim sideways: 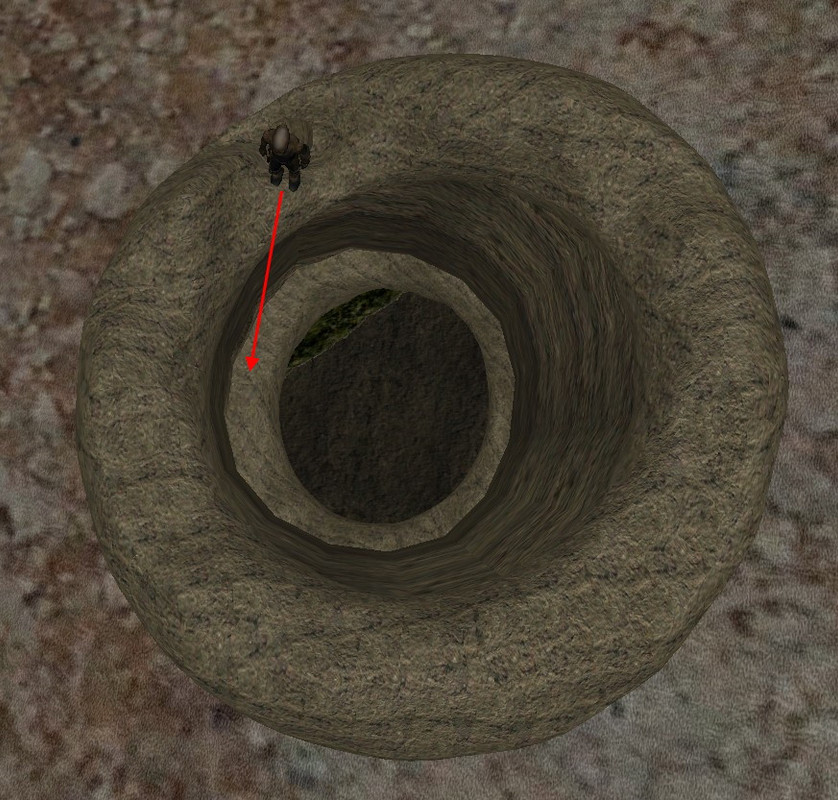 If instead you fall into the lake, you can take a long swim and reach a cave with a black structure. Pressing on a button will raise (or lower) the central column, opening the way to the final area, two rooms with black walls.

The name and the lack of a journal imply that there was more planned for this Age, but it is certainly an atmospheric location – to which the eerie music contributes!


Vogokh Oglahn, released in August 2010, is a (very green) Age that was visited by the D’ni for a very brief time; they built a few structures, but for some reason stopped what they were doing and left. Maybe they planned to gather resources, but left either because an unexpected danger became apparent, or another Age was written that provided better resources. In any case, it seems safe today. The name means “ancient nature” altough there’s an extra “-okh” that actually makes it “nature of ancient”

A button opens the door to the outside, while a ladder leads to an observation platform (with rather dirty windows, probably because of the wind). Outside, there are alien plants and statues, surronded by a trench (and an invisible barrier), then rocks and what looks like a desert. Despite the barrier, the whole desert is actually solid.