You might want to take a peek at the Black Moiety Project. I'm not sure if that is still being worked on, but it's a cool idea.

Some of the early Starry Expanse stuff was in done in Uru. I still have copies of the walkable version of Temple Island, and 2 different versions of Prison island in an old Uru installation.
This stuff is 10 years old and looks terrible. The Uru versions never held a candle to the pre-rendered original.
Blender 2.5 was just coming out (with all it's Python API breaking changes), and I remember it being a serious pain to get stuff working in Uru.
Eventually the decision was made to abandon Plasma because it was too hard to work with and could not give the level of graphical fidelity Riven deserved. 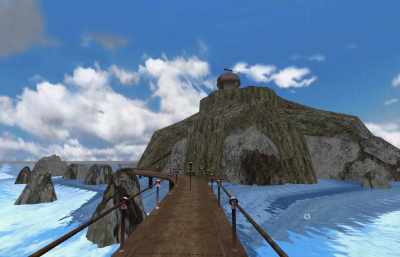 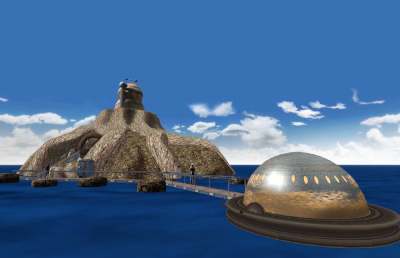 I have a few other odds and ends from back then. Unfortunately I also seem to have lost a number of files.
Thankfully I still have the generated age files.
But I did lose my Sunner model

For the best. It makes zero sense for Riven to be seen in the context of Uru anyways (since it's long since been destroyed). But the book to Tay should still be around, somewhere...

I do think it would be pretty cool to see Riven during the timeframe of BoA, before the island split into 5.