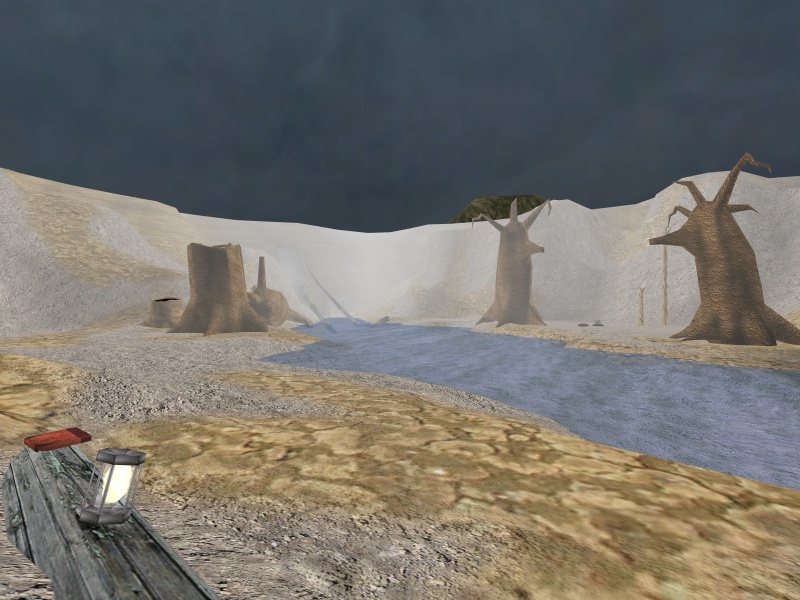 On the 28th expedition of the Fan Ages Touring Club we visited two Ages by Ametist, Botan and Moysenland. See Minasunda’s video!


Botan, initially released in December 2008, is what could be called a ‘botanical’ garden Age. A journal in a hut describes the various plants and trees in the Age (moysentrees, moysenberries, triplets, nubbs, etc.). A small boat made out of a moysenberry can bring you to the center of the lake. There is also a sauna on the lake shore.
The music is Dance of the Elfs, by Dixie and Boo, which can be turned on and off by clicking on the stereo set on a bench. Next to a small tree there is a linking book, mentioned in the journal, that links to...


Moysenland, initially released in April 2009, continues the story of Botan. A journal notes that a flood has hit the Age in recent times. An audio message from Ametist’s friend Quilla mentions that his uncle Rebus has left some items in the Age (and maybe in Botan), and an threasure hidden somewhere.
The Age itself consists of a central, crater-like island, surrounded by quicksand, and an outer square perimeter of hills, which can be reached with a self-piloting boat. Hidden on the hills, clockwise there are: two small huts, one with a cellar a bit diffcult to get out of; two huts divided by a creek, one with Rebus’ journal documenting the flora and climate of the Age; a tunnel with Rebus’ treasure.

If you recently visited Tiam, you will know that uncle Rebus’ adventures are not over yet

Next time (September 6 at 11:00 KIT) we will test our puzzle-solving skills by visiting Oolbahnneea. Until then!