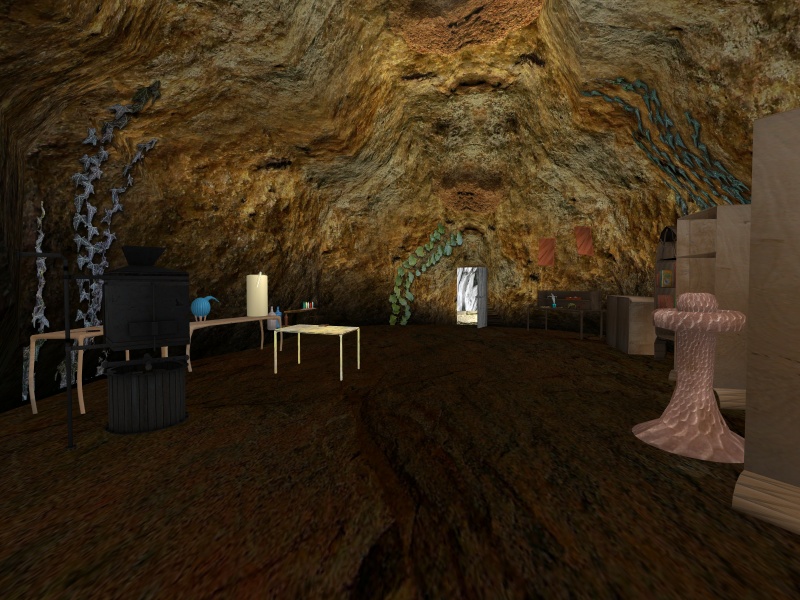 On the 30th expedition of the Fan Ages Touring Club we concluded the visit to Oolbahnneea and later went to Torilacha first released by the Mystpedia.net folks in July 2009. See Minasunda’s video!


In Oolbahnneea, we did a quick review of the puzzles (see the previous expedition for details), and got to see the mystery location depicted in the painting.
The common sentiment was that it would be lovely if the barriers in the second room were lifted, even without further puzzles

Torilacha is Mystpedia’s collective Age. The name means “place without sun/atmosphere” (although it started as Tool-ril-acha, “grow without sun/atmosphere”). It mainly consists of a set of branching tunnels, some closed off by gates. One gate can be opened with a combination lock (which can be reset by closing the cover). There are 5 crystals, certain combinations are meant to glow but do not actually work.
There are a couple of journals, one in French, the other also in French but using D’ni letters. There are also ywo dates, 1 Leesahn 8420 (3 July 764 CE) and 21 Leevotar 8420 (4 March 765 CE), and the journal mentions the first date is 3 days after the arrival of the journal author.