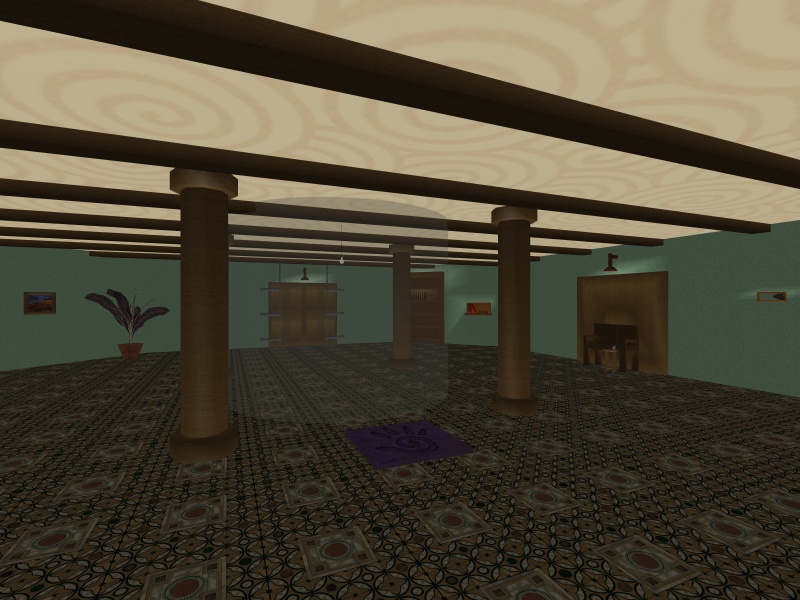 On the 32nd expedition of the Fan Ages Touring Club we visited Ahrkane, by Ekimmai, and Pakin, by Race. See Minasunda’s video!


Ahrkane, released in September 2009, is an escape room Age, an elegant room with four columns, locked doors, and an energy field at the center. Stepping on the purple tile will reveal a TARDIS-like console with four buttons. On the walls there are notes, one with the acknowledgements, the others with hints. If you remember Assembly Island from Riven, the lesson learned there will be essential

A little gem of an Age (with a lovely floor), unfortunately it was never continued as the ending suggests

The Age has no SDL, so it will reset for those who link out, something to keep in mind if planning to play in a group. The animations and the chair puzzle can glitch if more people are present, so be sure to gather away from the red room door.


If we managed to complete Ahrkane quick enough, as we did, the original plan was to then visit the recently-released Yinfara, but at the time of the expedition a bug prevented to go there in a group. We will visit Yinfara soon

Pakin, released in January 2009, is an icy landscape and a prison Age. A journal in one of two huts retells the story of someone who was apparently exiled from D’ni, who along with another prisoner named Keth attempted in vain to capture their elusive caretaker. They did manage to lower one of the blue columns on a ledge, where the caretaker once showed up. The ultimate fate of the two remains unknown.
There are no puzzles, but it is easy to imagine being there. Be sure to dress warmly!