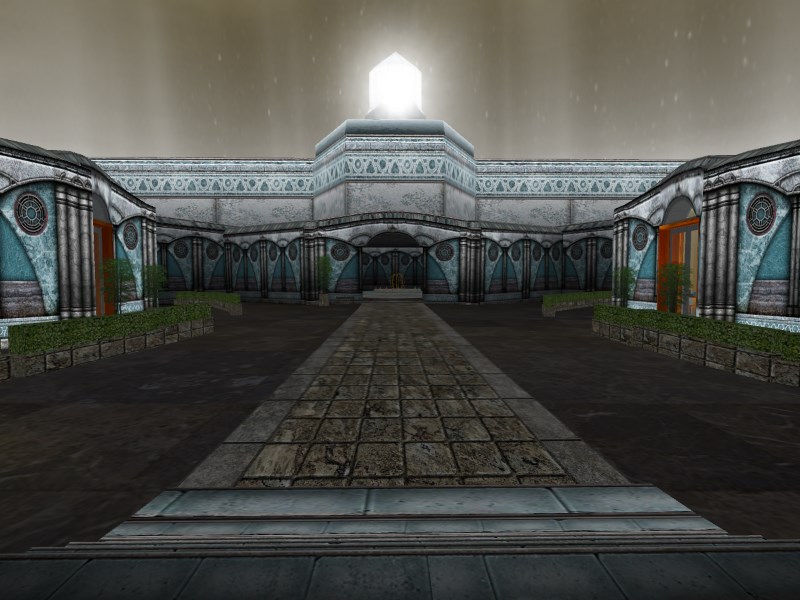 On the 36th expedition of the Fan Ages Touring Club we visited the Devokan Trust Ages Ahra Pahts Shell 415 by Dot, Neolbah by Andy Legate, Skysong by Dot, and The Lost Stonehenge by Karkadann. Serene is also part of the Trust’s Ages, but we covered that in a previous expedition. See Minasunda’s video!


The Devokan Trust is a complex, vast fan-run IC/OOC story parallel to that of the DRC, with Ages across the Metaverse outside MOUL. I will try to give an outline, unfortunately the main hub, the Devokan Trust forum, closed a few years ago, and the Guild of Maintainers’ forum has been down for many months.

The origin of the Trust, whose objective was “researching and restoring what was lost”, can be traced to the shut down of GameTap’s Uru Live on April 2008. Soon after, a project called MORE was announced to bring back the Cavern, but in October it was already cancelled. Following Yeesha’s word from her last visit: “you must make a home”, in June 2009 the beginning of the story, the “Lockhouse code quest”, was posted on the Guild of Maintainers’ forum and was based on Second Life.

There were many ‘characters’, like the steampunk-era explorer with a penchant for destruction Quinquifid Oddenfen, and the Maintainer and Trust associate Dot Macchi; and many areas, from the original Devokan Island in SL (eventually knocked out of orbit), the Devokan hood in MOUL, Devokan Waysmeet in OSgrid, etc.

The story continued to expand, with a momentary pause when MOULa opened in February 2010, but soon after the story continued, and a few Ages – those we visited in this expedition – were released for Uru.

At some point, other Ages were opened on Kitely, and by 2013 there were regular storytelling gatherings, and were still active by 2015.

Ahra Pahts Shell 415, released in November 2010, is the main hub for the Trust’s Ages on DI. Four journals, by Quinquifid Oddenfen and Dot Macchi, cover the story from 2010 to 2011. One building contains a floating globe, while another has a locked mechanism to host linking books to Neolbah, Serene and Skysong.

Neolbah, released in May 2010, is the Trust’s office in the Cavern, a beautiful circular room with a few doors (not all accessible) and a corridor to the Cavern (unfortunately blocked by a rock collapse). There is a journal from Quinquifid Oddenfen, outlining the 2010 events before those in Shell 415, and outlines of a few fan Ages.
One door has a code lock; to access it you first need to enable power using the levers. The door leads to an elevator going down to a corridor, but the area is a bit bugged.

Skysong, released in March 2011, is secret room mysterously suspended in a starry expanse. A journal from Oddenfen’s aunt Elspeth Quintessence tells about what happened to the Age. Clicking the green crystal in the centre turns on and off the celestial clock, a sound effect.


The Lost Stonehenge, released in December 2011, is not strictly a Trust Age, but a journal notes that the crystals in there have strong similarities with those found in Devokan. An interesting recreation of Stonehenge in a lunar landscape, with stairs floating in space and a blue star. In a room with a squeaky door, you can find a Relto page that will give you a trilithon.