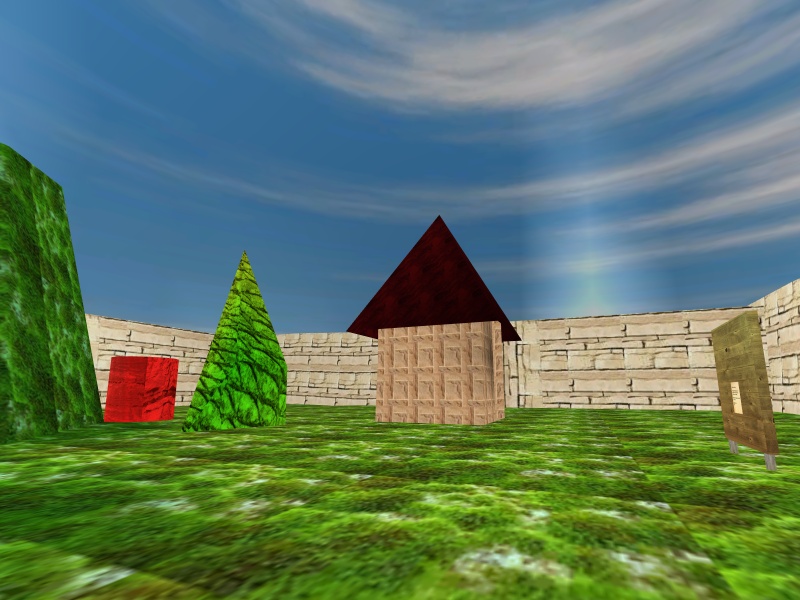 
The Sev Ages, released in September 2010, were part of Ametist’s class in 2010. There was one computer, so Ametist set a timer for each team. She even managed to convince the IT guy to open a port so they could visit the completed ages! The requirements were to include a shelter, some objects and a skybox:

Like with Geologica, Ametist’s students’ work shows how age building can be used for educational purposes, and is an impressive effort from a school class! If you happen to be one of Ametist’s old students, do let us know

Then, we visited the latest effort of the Sprite Gallery Restoration Lab: Chamassa Restoration! Sprite Gallery itself has been reverted to its non-Halloween look, but has some new features, like an Eddie bean bag. Poor Eddie!
Chamassa, originally released on January 2010 by Brattin and part of a previous expedition, now includes a turbolift to the various balconies of the central fortress, and a few tweaks like moving sails on the windmill.
Chamassa is quite a good age, with great models; with proper textures and lighting, it could be one of the best.
The restoration effort is still underway (mainly the stairs seem a bit stuttery), so we will come back in the future

Next time (November 29 at 11:00 KIT) we will visit ages with giant board games: Bowling, Chess, Backgammon, Checkers. Until then!