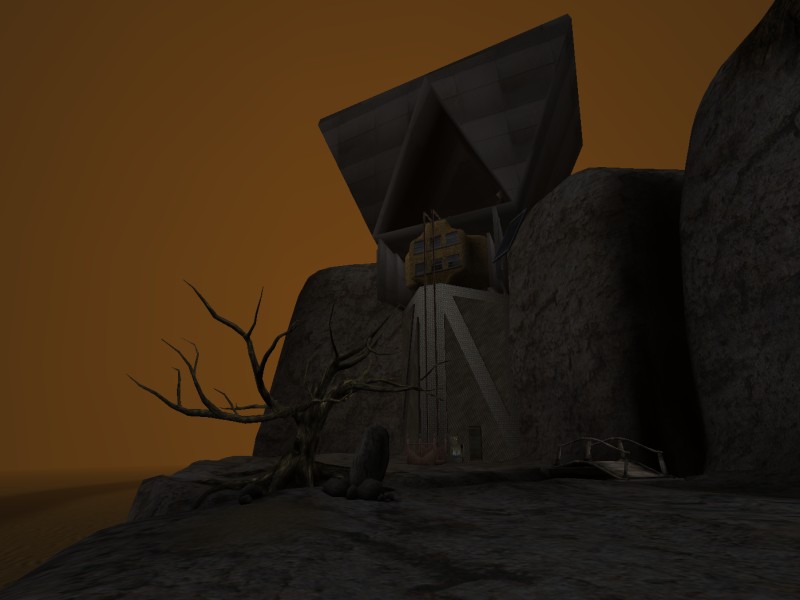 
Last time we left with news that a DRA member, Irena Stromberg, had gone missing after a vision of a ‘ghost’ with glowing eyes. We then linked to the main area of Adrael.
The location is a control centre for water to the city of Dormah, as an inscription is meant to convey (currently it reads “åh lo rgm kh’dhormåh padhhs”; a proper D’ni phrasing could be “ahno b’pahts dormah”). There is only power for some of the structures.
The room with the desk and the painting is the former guardian’s office; the guardian was also an amateur painter, as the painting is his.
The main area with the scaffolding has a mysterious portal, which is the puzzle’s objective to open. Behind it, a large cave and … the conclusion of Irena’s story. At least for now

A full walkthrough in the style of the Universal Hint System is available at the project’s website; Minasunda also made a walkthrough video. One puzzle, a control panel with hexagonal and pentagonal buttons, has no clues available to it, so don’t feel guilty to look at the solution

When the mystery is solved, the apparently dead tree is given new life, but not immediately: it takes about four days to see it revived … right in time for Christmas, if no one will reset the age until then!

In the final area there is a floating book with the credits, and a song from Lyllus. As I wrote last time, I think Adrael is one of the most interesting projects in the Uru community.

Next time (December 27 at 11:00 KIT) we will visit Lohdehvis by Mike Newman. Until then!

Interesting project indeed, and a very professional effort, presenting a back story, providing support and hints.
I don't know how long it took to get an animated character with voice in the Age.
This Age didn't get the recognition it merits. I should explore it again.
Chacal