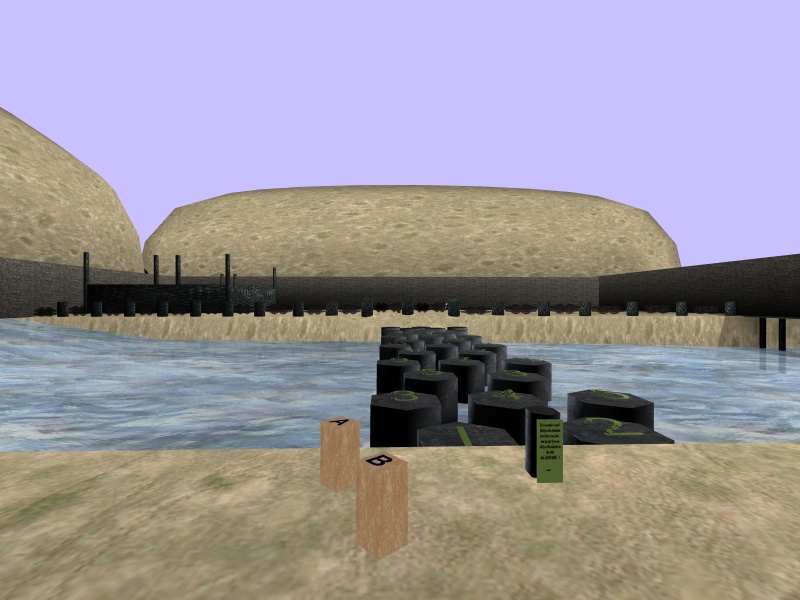 On the 48th expedition of the Fan Ages Touring Club we visited educational Ages by Corvus and Ametist: the Hallway, Matte, ReGahlpo. All three were at some point used in a school for 6–10 year old students. See Minasunda’s video!


The Hallway, first released on February 2012, consists of two corridors joined by a circular room with benches. Each corridor has 10 doors, leading to small rooms with brooms, bananas, robots, a snowman, etc. A journal in the circular room has a few tasks for the students, like counting objects and simple math. The robots in one room are related to the robot in Hayal!


Matte, first released on October 2012, has two fences with blocks that can be pushed, to recreate shapes depicted on the walls or to create entirely new ones. Note that the shapes on the walls not always have the same colour of the blocks

ReGahlpo (“the cave” in D’ni), first released on October 2012, has a river with a bridge made of pillars. Not all of them are solid! Four selectors (A, B, C, D) set which pillars can be jumped on. A board gives the solution for A and B, but for C and D you will have to guess

If you fall, the strong current will drag you away, but there is a path at the end that let you walk back (or you can just use /a). If you succeed, a recorded message will congratulate you, and you will be let in a courtyard on the other side (the door is for the staff, sorry).

Next time (January 24 at 11:00 KIT) we will start our exploration (and solve the first puzzles) of Somewhere by Denost. Until then!