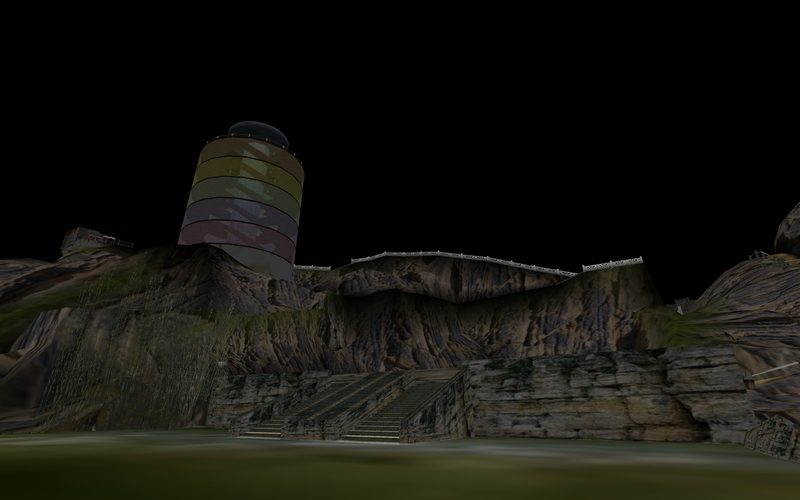 On the 49th & 50th expedition of the Fan Ages Touring Club we explored Somewhere, by Denost. See Minasunda’s video!


First released on January 2012, Somewhere is a vast puzzle age. A few imagers here and there give some context: a man by the name of Gary Bradwell, from the University of Stanford, discovered that the age was home to an ancient civilisation, which he calls “Jhibis”. He explored and mapped the age; but sometime in 2009, he started feeling observed by a mysterious being, who at some point started leaving messages signed “the Guardian”.

Taking notes and piecing together informations is crucial to solve this age, which is part of a trilogy with Iceworld and Elsewhere; in fact, part of Iceworld can be seen from Somewhere and viceversa. I suppose the three ages could collectively be called “The Ages of the Jhibis”

Somewhere was initially plagued by a crawl in framerate; performance was improved in the second version, but the wide open nature of the age can still sometime affect the experience. The visible area is limited to the inside of a large black sphere centered the avatar, so it is not normally possible to see the entire age, even from the beacon towers.

While the textures may be a bit rough (they help the framerate, though!), Somewhere is still one of the most complex ages when it comes to puzzles and landscape, and was the first of the ‘wave’ of multi-age storylines that followed, like Elodea, Shorah Pahts and Laki’anay.

A well-made walkthrough of Somewhere and Iceworld, by Annabelle, along with a few marker sets for offline use, is available in this thread.


A recording of the first and second Twitch stream is available.