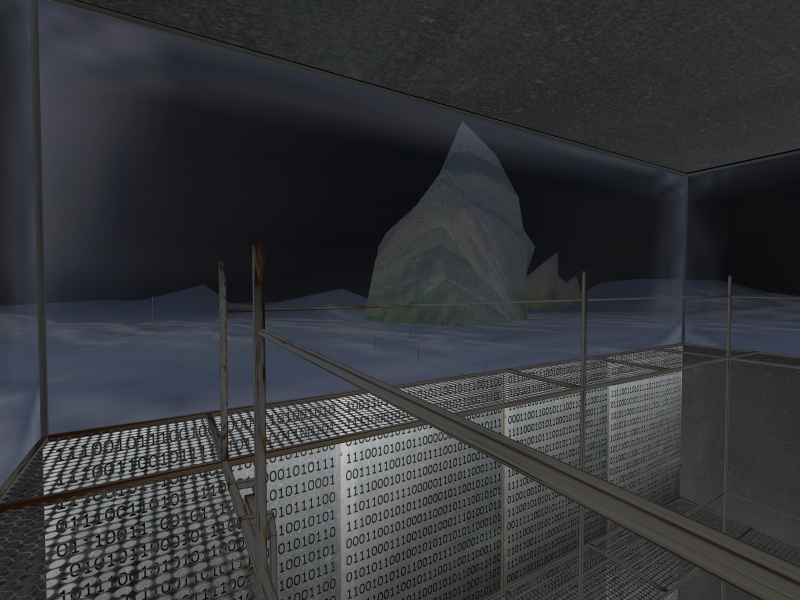 On the 51st & 53rd expedition of the Fan Ages Touring Club we started exploring Iceworld, by Denost. We also tested the new /find <avatar> command, that proved to be very useful. See Minasunda’s videos for part 1 and part 2!


First released on November 2012 (although drafts were available on a French forum already in 2010), Iceworld is a vast area covered in snow, a glimpse of which was visible from behind a fence in Somewhere. More notes and clues from Gary Bradwell can be found, chronicling his investigation of the ancient civilisation of the Jhibis, and his attempts at eluding the Guardian. A major plot twist awaits at the end...

Taking notes and piecing together informations is crucial to solve this age, part of a trilogy with Somewhere and Elsewhere.

Iceworld is a step up from Somewhere in that there is much less framerate drop, despite the openness of the landscape, and the black bubble that limits the horizon is much less noticeable.

A well-made walkthrough of Somewhere and Iceworld, by Annabelle, along with a few marker sets for offline use, is available in this thread. Minasunda also made a walkthrough video, showing the quickest routes between the various areas.


A recording of the first and second Twitch stream is available.

Next time (February 14 at 11:00 KIT) we will visit Tsameti. Then, once we will be finished with Iceworld, we will begin our exploration of Elodea. Until then!