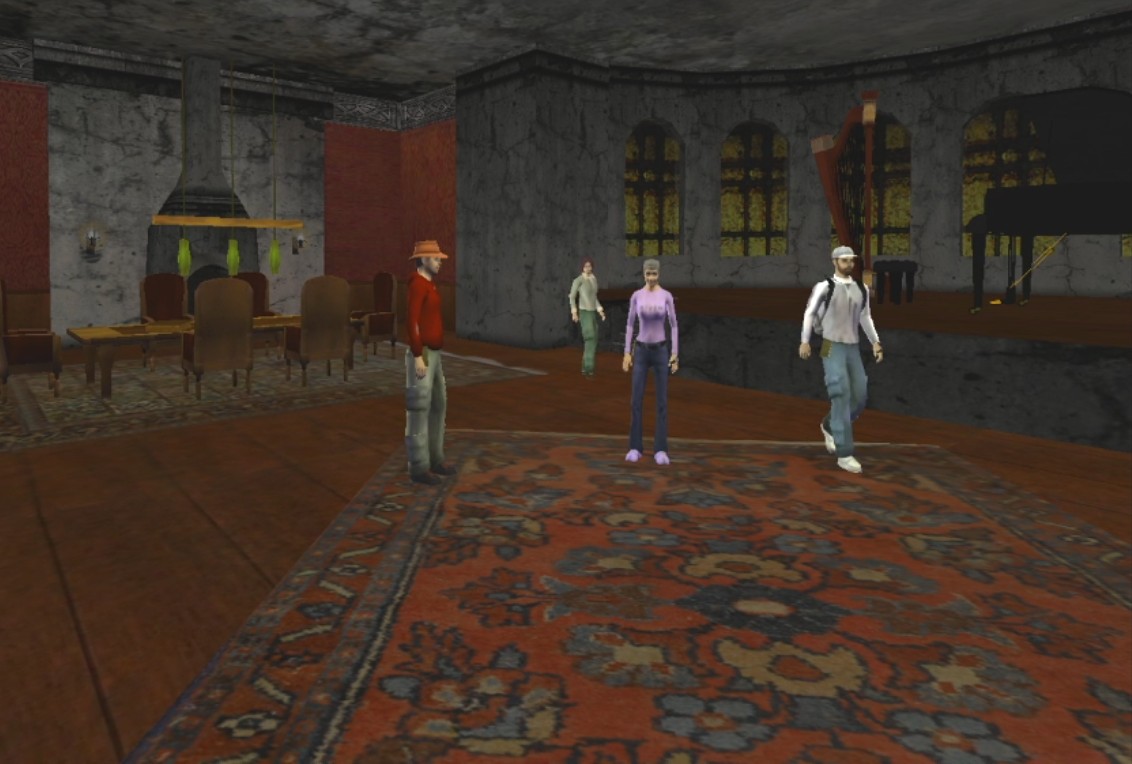 I visited Tsameti the other day on Deep Island and it really nice, we see the ametist's touch all over it! Reading the OP, there seems to have been some additional ages. I was interested so I looked around only to not find them anywhere. I then watched the video made by Koro'vev and now I kind of understand they were special story ages. Is there a possibility in the near or not-so-near future that those ages be available to everyone whether online on Deep Island or offline via Drizzle?

Watching the video, it must have been a fun expedition

Yes, Theodore, it was a beautiful story that Ametist came up with. The researchers were surprised at the Hood with a message. Ametist friend Quilla needed help to bring a piano to Tsameti for a concert. She asked all the players to help. First we had to find Quilla's whereabouts. I knew where she lived and led all the players to the Guild Neighboor Hood. There Diafero looked for his master key and then let us all into the loft. Via Loft we are then to Beachhouse and from Beachhouse to Cafe. From the cafe we ​​could finally follow Quilla to Tsameti. The story has been more extensive, of course, but I won't tell you everything here.
I created a loft, i think it is a little bit bigger LOL , a beach house and a cafe for this story. Some details of the cafe were already there for Nora's films. "The Lost Art".

All three Ages will soon be available in DeepIsland and later of course also on UAM via Drizzle for offline. Unfortunately Diafero has not yet found the time to load the Ages .

As a special surprise, I have now added my first Relto page to one of the Ages. I hope you will find it and enjoy it.

I must say Dulcamara, you are really a great asset in this community! We are really spoiled by your devotion to come up with wonderful ages and help others with their projects!

Thanks for the head up on the 3 ages. I'm patient, I know now they will make their way to Deep Island and even offline. I cannot wait to find your Relto page!

Can I get a little hint/help on the flower sequence in the Loft? How do you get "up" to the Tulip symbol - I've tried a number of run/jump and walk/jump combinations with no luck.

left from the Tulip symbol there are two stones like a stair.
First a small jump on the lowest, then on the higher. From this fview go to the right corner of this stone . Turn around and then make a jump to the Tulip. I have test it a hundret times and for me it work.
But if after that it works still not for you i thinking of using a collider.

Thanks for the input Dulcamara, but I was still not able to make it "up" to the Tulip symbol - not matter what I tried....

Yea.....! After several more attempts I did make it up to the Tulip symbol. Thanks for your help Dulcamara!