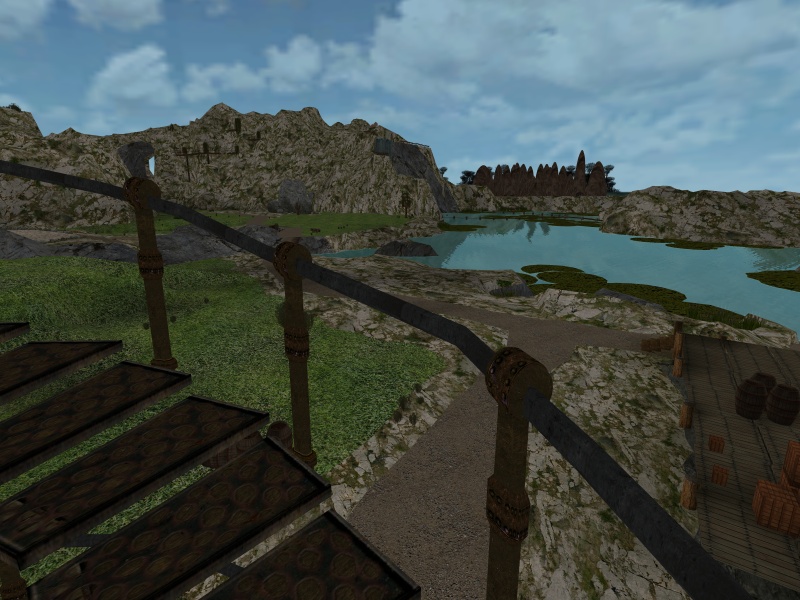 On the 54th expedition of the Fan Ages Touring Club we started the exploration of Elodea, by Dulcamara. See Minasunda’s video for part 1!

– Elodea is one of the most popular fan ages released, and one of the largest, so much that it was split in four ‘levels’: the Upperworld, the Underworld (Unterwelt), the Tunnel Passage (Tunnelgang) and the Treasure Rooms (Schatzkammern).

Each level can be solved individually. Each level has 7 journey cloths: finding all cloths for a level opens a previously secret area and a ‘key’ that will be needed for the last puzzle. The order does not matter, and anyone in a group can touch a cloth to activate it.

The initial link-in point is a large hall, with a special cloth on the wall that will link you close to the last cloth touched. Close to the main island there are smaller ones that act as ‘places of protection’ for books to other ages by Dulcamara, Alabaster and the yet unreleased Gallardien.

A walkthrough by Dulcamara herself is available in this thread, but keep in mind that the age is updated every now and then, and some parts of the walkthrough are no longer current.

The initial release had rather basic lighting; a few years later it underwent a complete overhaul, adding shadows and expanding a few areas, making Elodea an age that reveals a new surprise at every new visit, even after all the puzzles are solved.

Next time (March 7 at 11:00 KIT) we will continue our visit to the second level of Elodea, Unterwelt. Until then! 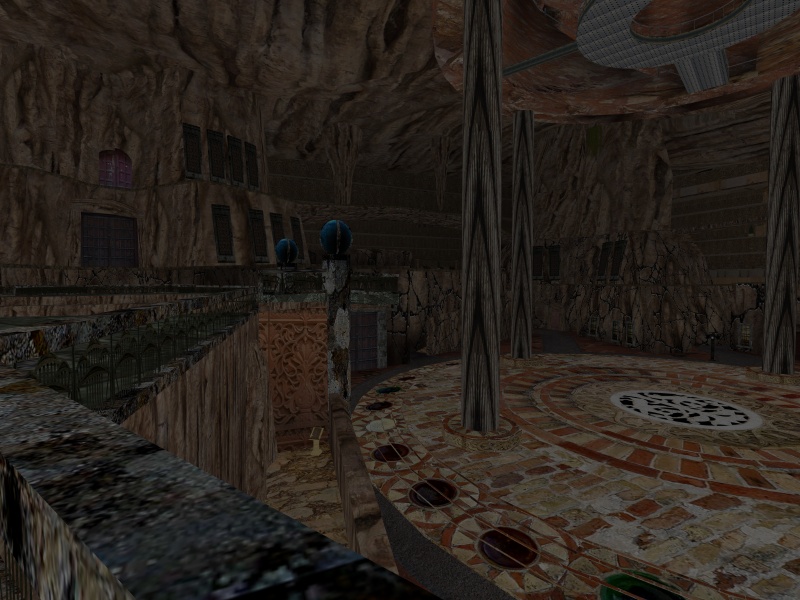 On the 55th expedition of the Fan Ages Touring Club we visited Elodeas Unterwelt. See Minasunda’s video for part 2!


Hidden behind the waterfall, the Underworld is a very large hall, with long corridors overlooking it, and secret rooms hidden in the middle column of rock and the buildings at the bottom of the hall: a planetarium, a mine, a throne room, and various others.

From the sun gate it is possible to see a glimpse of the Treasure Rooms, the final area of Elodea. The final puzzle requires a key found in the Upperworld, so make sure you took notes

Once solved, the puzzle will give another key that will be needed in the Treasure Rooms.

At one end of the labyrinth there is a book that gives access to the Tunnel Passage (IC you would just step through the door). 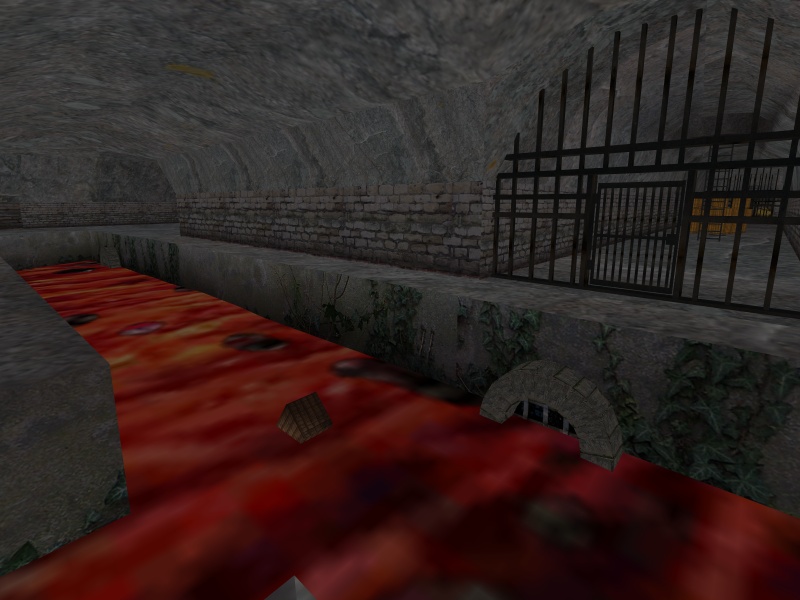 On the 56th expedition of the Fan Ages Touring Club we visited Elodeas Tunnelgang. See Minasunda’s video for part 3!


Behind a door in the Underworld maze is the entrance to the Tunnel Passage. A plaque reminds the visitors of the house rules about the linking cloth. The Tunnel Passage consists of a grid of tunnels running along canals of lava; each tunnel filled with boxes, barrels and other signs of a day-to-day life in a (recent?) past, like Upperworld and Underworld.

In Tunnelgang the puzzles becomes more complex, and there are also a couple of red herrings

Once solved, the final puzzle will give access to a hidden chamber with a single window, that will stay open only for a little while, giving another glimpse of the Treasure Rooms and of the knight, hero of the journals of Elodea.

The Treasure Rooms themselves are accessed from the Tunnel Passage, but from a building in Upperworld. 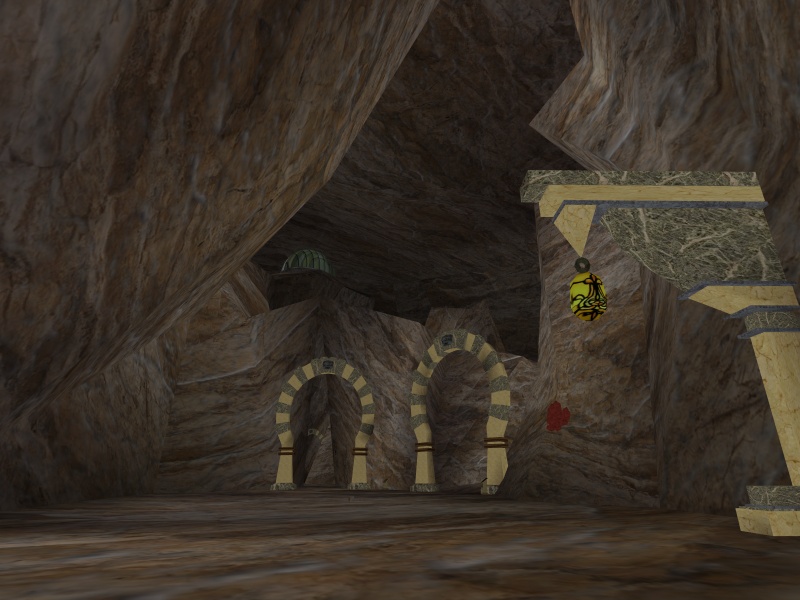 On the 57th expedition of the Fan Ages Touring Club we visited Elodeas Schatzkammern. See Minasunda’s video for part 4!


Back to the Upperworld, a small building on top of a hill hides the entrance to the final area, the Treasure rooms, guarded by a bas relief of the Brave Soldier. After a long descent, with the linking cloth along the way, the explorers arrive in one of a series of caves, some overlooking a river of lava.

In Schatzkammern, if you can find all the cloths (some are quite well hidden

), you will finally get to see the room hiding the treasure hinted in many journals throughout Elodea.

It was quite a journey, but it is not over yet; as many knows, the story continues in Alabaster! But before that, there are a few other ages we need to visit.

I've always enjoyed the feel of Elodea's main island. It's big, and the locations are all so diverse ! I was there during the first exploration, it was really fun seeing everyone scattered everywhere, looking for journeys

(I started working on a Unity port of the overworld a while ago. Unfortunately I got sidetracked so it's still far from finished, but I hope to be able to finish it. It really deserves it...)

I looked again at the pictures from the first fanage tour and then the pictures from today. Elodea Upper world has really changed. I have changed Elodeas Tunelpassage allready and I'm still thinking about doing the same with the underworld and the treasury, but my other projects haven't left me time yet. AlabastersDepths 2 and 3 are still under construction. Then AlabastersSanctuary will follow and Gallardien is also under construction. Who knows, maybe in ten years I'll be ready.

What I really wanted to say was that it was great fun walking through Elodea with so many researchers. We have seen a lot, but of course there is a lot more, so it is always worth going back and looking at the missed spots. The Jarukos underwater , they called them man eater. The bell on the church. The butterfly in the cave and othr new additon have found there place.

Thank you very much, Korov'ev, for take your time to explore all the fanages with us. It's a great thing. Deep Island is also enjoying a wonderful boom as Diafero himself said.

Thank you Sirius too, for your response. I have not yet given up hope that one day you will be able to recreate Elodea with Unity. I'm looking forward.

Elodea really was a marvel to behold when it was first released. I didn't participate in the first expedition, but was part of the numerous explorers who visited the ages (all 4 of them) which make Elodea as a whole in the following months, the Deep Island shard was busy back then. Online, right now, we only have the latest version available (from 2018) but on my POTS install I can switch version and go down the memory lane all the way back to 2013 when it was first introduced. The newest version is well done and more immersive as there are puzzles spread throughout and more areas to visit on the mainland and the official point of entry to Alabaster although you made it as a standalone age. The Jarukus' cavern is really nice. Now, we are spoiled with Alabaster's Depth and Alabaster underwater environments but Dulcamara first introduced the marine life in Elodea and it is always a pleasure to dive in the many layers she provides.

When you told me during our grand private tour of Alabaster's Depth that you were planning 2 more "Depth" ages plus a couple of Alabaster's Sanctuary ages and then Gallardien which would be broken down like Alabaster in many ages and sub-ages, I don't know where you find time to fit everything! I will follow your progress as long as you keep releasing new ages. No wonder you tell us it will take as long as 10 years to finish everything!

I have just started to explore in Elodea and am experiencing numerous crashes. Does anyone have any advice that might minimize these? Any help would be greatly appreciated!

Dulcamara's ages are really big. You might want to play with lower graphic quality. Set graphic quality to 'Low' and uncheck 'Full Scene Anti-Aliasing'. Some might say play in full screen resolution but I'm playing in windowed mode and it doesn't affect my gameplay.

FYI, Dulcamara's ages are the following, so far :

I just tried this. Didn't help