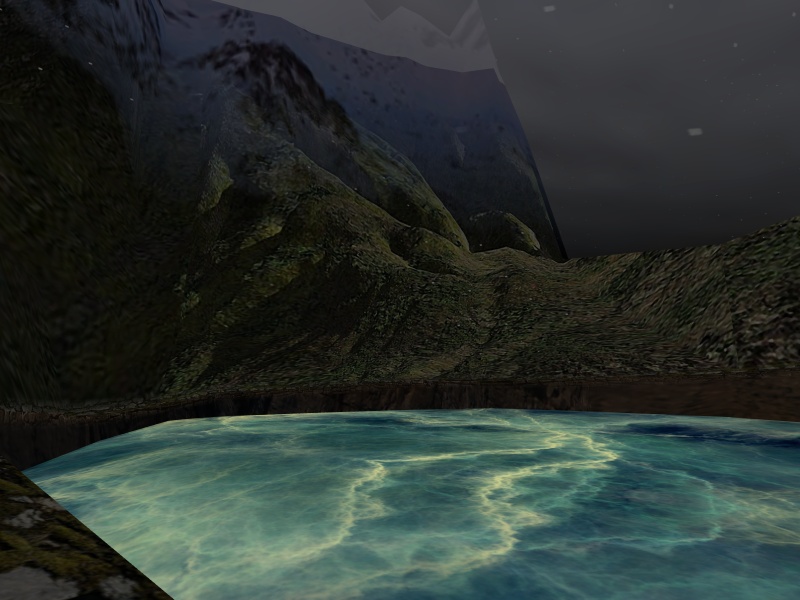 On the 60th–64th expeditions of the Fan Ages Touring Club we visited Elsewhere by Denost. See Minasunda’s video!

Released in March 2015, Elsewhere is the third chapter (and for now last, but perhaps another one is on the horizon) in a series about the planet of the Jhibis (after Somewhere and Iceworld), and an explorer named Gary who was welcomed as advisor to their king.

The age consists of a number of islands divided by large expanses of water; a lot of swimming is involved

Piecing together clues scattered across the islands, the explorers will learn of a new menace threatening the Jhibis, and also how to reactivate the high-speed shuttle ring that connects the various islands.

Like the previous ages in the series, Elsewhere has a gloomy, industrial atmosphere, with a dark sky, rusty structures, and cigarette packs left behind. While the textures may be a bit low resolution, they convey rather well the environments they represent. Subtle sound effects also contribute to the tension.

If you need a walkthrough, Minasunda made an excellent video guide, aimed at an efficient path through the islands. Annabelle wrote a comprehensive review, and also made a video series plus a PDF guide through various ages, which includes Elsewhere.

Recordings of the first, third, fourth and fifth Twitch stream are available.