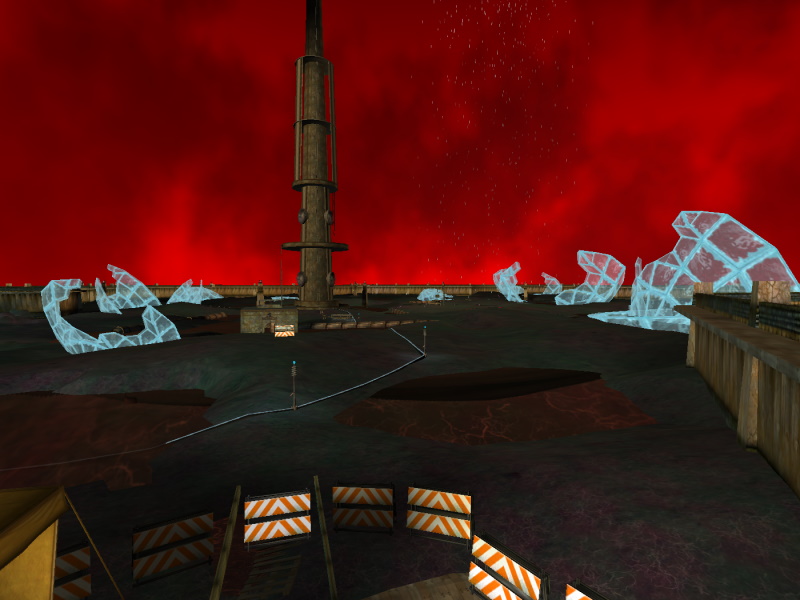 On the 67th expedition of the Fan Ages Touring Club we visited Ahreesen Melin by Semjay. We also checked Kahntinoy by Rich, Fena Barel by Wodan and Hans, and Set Age (unknown author). See Minasunda’s video!


Released in May 2021, Ahreesen Melin (“outer fortress” in D’ni) seems separate from the Ella Darrington continuity (Zahlto, Terahgrahm and Tovaht Bay). Once the surface part of the age – with a creepy red sky – is powered, you will be able to access the underground. By piecing together the clues scattered around, you will find the sequences needed to open the last area.

Like Tovaht Bay, Ahreesen Melin is not a Cavern location but an ‘actual’ age. The link-in area cleverly uses the Watcher’s Pub ball pushing animation. Note that this age does not retain the status of switches and doors, so if you visit in a group make sure to have everyone linked in before activating things, or you will be out of sync.


Kahntinoy and Fena Barel were both released on Deep Island in April 2019, but they actually date back to 2008, and were used in live, fan-driven events chronicled in five journals in Fena Barel (journal 5 also has a German edition).


Set Age is a utility set with two, fairly large empty room: one act as a green screen, the other as a blue screen. Unfortunately I could not find any reference to the identity of the author.

Next time (June 6 at 11:00 KIT) we will begin the adventure in Alabaster by Dulcamara.
Until then!