Announcements and discussion regarding any projects related to Cyan Worlds' Plasma Engine including (but not limited to) CyanWorlds.com Engine, Drizzle, OfflineKI, PyPRP, and libHSPlasma.
Post a reply
44 posts • Page 1 of 5 • 1, 2, 3, 4, 5 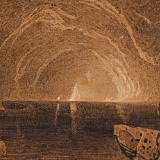