I have not played with parenting in PyPRP2 at all yet. I'll see if I can debug it. Thanks for the bug report

Where can i post my wishes for future releases for PyPRP2 ?

Because i don't know, i put it in here.

I would like to see the possibility to add a single object to an existing age.
You can use this when you are absolutely sure nothing else changed, not even in position.
Often i build an object elswhere , import it scale it and export the whole age to see how it fits.
In the case of my excisting age turtle isle, i have to wait for 15 minutes before export is done , a complete export with textures even much longer.
This should not be necessary, when the sum file was corrected with the added data.
Or am I wrong?
Those wonderfull Worlds are called " Ages" , because that is what it takes to build one.

This functionality (to export selected objects) existed in PyPRP 1. It was indeed very useful, I used it a lot.
Chacal

Maybe a stupid question from a noob here, but can anyone tell me what does not yet work in PYPRP2 that does in 1.6?
I am currently building an age in blender 2.49b, using 1.6 to export but would love to move over to 2.58.

I read that PYPRP2 does no longer need Alcscript, but do not understand how to instruct the new version to do things like animation and logic.

Do we need to wait for a more complete version? And if so, will there be a tool to "translate" from 1.6 to 2 (like there seem to have been for earlier versions)?
Thanks in advance.

Check the first post in this topic to see what *does* work. The rest does not.
I prefer e-mails to "diafero arcor de" (after adding the at and the dot) over PMs.

Hello y'all. I'd like to help in the development of PyPRP2. I don't have access to 3DSMax and so a whole area of Age Development is now utterly beyond my reach. While I applaud Cyan's release of their plugin and so forth, the necessity to use paid for modeling software in order to benefit from this magnanimity excludes me (and I suspect many others).
I've only just had a proper look at PyPRP2 and Blender 2.5x, and the first thing I noticed about the new(ish) Blender is how much easier the bpy api is to use than the old Blender api when it comes to writing scripts. I'm not a programmer, but I've learned a great deal about Python while trying to make puzzles in my ages. (Not that you've ever seen any of my ages..

). I began writing Blender scripts in 2.49/1.6 to take some of the donkey work out of eg creating meshes with plasma specific attributes, for example with shadbuf removed, amb set to 1.0 and so forth. Moving on to to PyPRP2 I wondered if I could use some of my learning to progress it's development. Unfortunately my understanding of plasma is patchy at best, and so my progress has been slow. The only thing I've managed to do sucessfuly is make a setting which creates a collider. 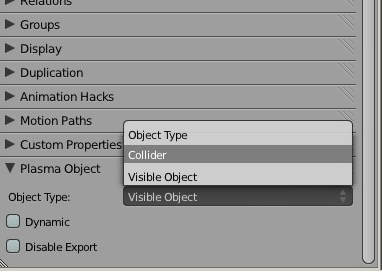 All that this entailed was a small alteration to the object.py and exporter.py scripts which prevents the creation of a Draw Interface and Drawable Span.. Yay!
Encouraged by this (admittedly small) achievement I tried my hand at Regions...

Well, I managed the creation of the Interface Info Modifier, Logic Modifier etc objects, but failed utterly to attatch the PlKeys which link and reference all the necessary objects. If any of the vast army of devs

would be prepared to hold my hand a while and give me a spot of coaching I feel sure I could make a meaningful contribution to this project. After spending a few days on this going back to 2.49 feels very clunky..

I think your contributions would be very welcome (no matter how much hand-holding) is involved.

The best way to get assistance from us would be to idle in the IRC channel #writers on irc.justirc.net:6667

Yes, if someone is willing and able to contribute, answering questions is a very small price to pay!

Does it work with Blender 2.63a 32-Bit?
Those wonderfull Worlds are called " Ages" , because that is what it takes to build one. -Dendwaler

Have you even TRIED to set up a client and server? THAT takes ages. -PeterC 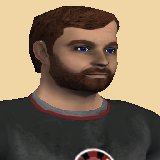 bnewton81 wrote:Awesome! Thanks so much! Will there be a later 64bit edition? Is 64bit really faster than 32bit? I've always heard it is, but honestly don't know for certain. Can't wait to use this. Thanks so much. And it is my birthday today so this is really a great present. lol

Second vote for a 64-bit version of PyPRP, as well as all the functionality of previous versions of the plugin, for Blender versions 2.67+

Thank you for all your work on this!
If the spark does not desire the tinder there is no flame.