janaba wrote:Agreed, it's an interesting and nice idea to combine the mandriaan style with Tre'bivdil, dendwaler,
I wonder how that would look with a more elliptic shape instead of a huge rectangle, though ...

I can't wait to see Tweek's submission either ...

Yes , Tweek's will probably be better.
But as long nobody else submits anything, this remains the best.

I see what you mean janaba, the problem was that trebdivdil is " square" and the mondriaan is " square"

However in general I also like more rounded shapes, thats why i made a new compromise.

Here are 2 new pics, even more simplified.
The first is with rounded edges.
The second with perspective deformation to get rid of the square shape but with still the same caracter.
Further I deleted the texture of the ladder.
and made some changes to the frame's material. Who says nobody else submitted something? 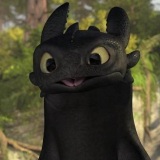 he, i overlooked that.
in that case , it's me who did not submit.

Well here are two more variations on the same theme.
That will be it.
I continue building instead. Not necessarily, dendwaler, I just wanted to see more diversity to choose from lol ...
Tweek is a wonderful artist, but that's something else and he's not the best in the world ...

Your variations are very beautiful btw. and I think we'd be well served even if yours would
be the only submission ... The rounded edges in general really made it ... It'd be even
difficult to choose from your many great variations right now ... Thanks ...

Less than one week remaining! Please remember that only designs emailed to contest@guildofwriters.org will be accepted.

One day to go ... Did everyone of our precious artists submit his/her artwork per E-mail to the
GoW contest jury, see Hoikas' post above ? ...

Nope, haven't had time to make anything work doesn't leave me with any free time these days.
Beneath - IC Blog.
Beneath: Ages of Tweek - FB Age Dev Page.

Yes, i posted what you already have seen in the above posts.
Those wonderfull Worlds are called " Ages" , because that is what it takes to build one.

Whew! Got my entry finished and submitted just in time.

And now I’m going to try to catch up on the sleep deficit it caused!

Thanks to the five who submitted entries: Ahlisendar, Christian Walther, dendwaler, Rhee, and Tweek!

The winning designs will be announced soon(-ish).