If you feel like you're up to the challenge of building your own Ages in Blender or 3ds Max, this is the place for you!
Post a reply
5 posts • Page 1 of 1

I just posted that over at Reddit here, I figure I'd post it here too :
A while ago (errr, 10 years ago according to the files dates..) on a slow evening I took the original scrapped version of Myst's Selenetic Age and tried to remake it in Blender for fun.. Two days ago Chuck Carter (the artist at Cyan at the time who did that area) posted on his Twitter that he was redoing the whole Age as a playable thing in the Unreal engine but with the original maze instead of the 'Mazerunner' underground roller coaster.. I can't wait to see how it goes. Until then I figured I'd dig up my old files and share this. 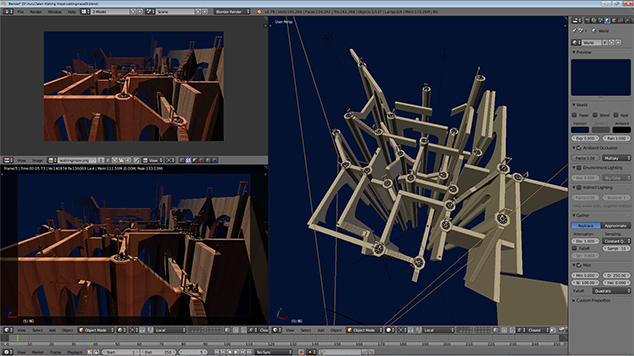 (in the upper left is the original image, lower left is my version) 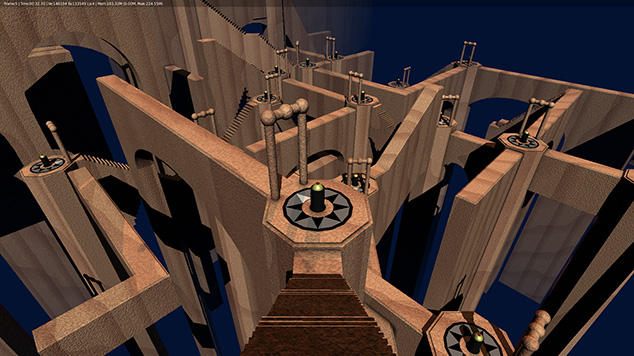 I love that original design. (I love mazes) but I don't think I'll be taking this any further. Too many ongoing projects, this one is going in the bin.

Also the original image is too low resolution, and there's just not enough information to properly recreate it faithfully.. From that picture the floor plan is too disjointed; there areas that cannot be reached on foot etc. I don't know when the picture was taken, but I guess it was rather early in the process, and the level design was very much WIP... So it would require quite a bit of non-cannon redesign to work. And I'm not comfortable touching up someone else's work. Still, it would make for a fun little Uru Age if it worked..

Question : would someone be interested in turning this into a working Uru Age? I could share the Blender file.

Looks awesome and very faithful to the original, congrats ! Would be really cool as an Uru Age.

I'm afraid I'm in the same boat as you though - too many overdue projects, too little time to take on new ones

It’s already been done by Karkadahn and is on the UAM and DI.

Nice! I hadn't seen that. (then again it was almost 10 years ago, so I might just have forgotten.

)
I'll have to check that out!
Ha well, then I don't suppose anyone will be interested in doing an Age that has pretty much already been done.

Hello;
I'm already busy with 12 areas, and will definitively have no time to spend in another project, sorry.