(Okay, the new version is in UAM now.)

I really like the mountains and bridge! The tall building was great though, so it would be nice to have it back, even though removing it did fix the lagginess for me. Perhaps it could have the number of triangles reduced? Blender can attempt that automatically, though it doesn't always do a great job, it's worth trying.

It was laggy for me also, hence the reason I removed it. Trying to QA the age was a monster with the building in it. I will see what I can do about the triangles. Not sure its much though. It won't decimate due to it's saying part of the mesh is non-manifold.
MOUL Again Ki #'s
I.Brattin - 777796
Jayden Halliwell (IC Explorer) - 54404

If you have lots of subdivided flat surfaces, you should be able to get rid of all those subdivisions, with next to no loss in rendering quality, as long as the surfaces are not very large and shiny and you want highlights to show up on them, as opposed to only from their corners.

Judging by the texture tiling on the rounded bits at the ends of the bridge, you could probably safely reduce vertex density quite a bit there, for starters.

(If one want to do things the slow way, alt-M will merge seleceted vertices.)

Bridge don't really need work, except getting the texture to display a tad bit smaller. Otherwise its fine the way it is, at least in my opinion.

Back to the Tower building I went back into 3DS max and reduced it there, using multires. Once imported into Blender it was half the original size when talking about the face count. I could even tell there was less lag. It was decimated too much though, way too much that it looked terrible.

As some of you read I had some troubles exporting, at first I was getting a memory error, which was fixed when I upgraded PyPRP from 1.5 to 1.6. Then I started getting an index error. I have finally solved the index error, marginally. At first I thought the Link-in Gazebo was the problem. So I deleted it and reimported it from the original 3DS Max file, still got the index error.
I then took at the materials, from a suggestion found on the net that could be the problem. Did find some discrepancies but didn't fix the problem. I ended up looking at the last thing I had imported before upgrading from 1.5, the paths. I redid them completely from scratch. The age now exports fully with no error. Next will be to work on the borders of the paths to see if they can be used.
MOUL Again Ki #'s
I.Brattin - 777796
Jayden Halliwell (IC Explorer) - 54404

An update. First off a few more memorial plaques will be added. Cyan's memorial is in Kahlo pub which made getting the remaining names easy. Though they still list Phil even though he was seen alive and well during Gametap's MOUL. But the players I don't have listed are Katzi, Ghandhar, and Ramsine. And to make it even, looks better if its even, I am going to go ahead and add Wheelie. Despite my original stance of only adding Players who passed on in the community.

Now I have been bouncing back and forth between Chamassa and Aquh. Chamassa I will give an update on later in its thread. With Aquh I have been working on trying to fix texture issues that have cropped up since the last version was released. I had also went in and had introduced a new tower and a couple other items, also. Once I get the path, ground and tower textures and the remaining memorials in place I will look at releasing a new version.
MOUL Again Ki #'s
I.Brattin - 777796
Jayden Halliwell (IC Explorer) - 54404

It has been well over a year since my last update, let alone release. Believe it or not a release is on the horizon. I have been working hard at porting Aquh from Blender over to Max 7.

Items mentioned in the Inspection back in March of last year have been dealt with.

Invisible Collider has been added so you don't walk all the way out to the skydome. Water is now swimable. Texture issues were fixed also, of course seeing how you have to retexture everything anyways, kinda hard not to try and get it right.
The ground was kinda jagged and you could actually see through cracks in the ground. Now there is no more cracks, in fact the ground itself has been completely redone.

Right now I am working on linking book. At this time it minimally works, in another words you click and you link. I am wanting the book to pop up, and open to the linking panel - the linking book is closed, like it does if you do it in Blender.

The Tower has finally returned, not the same tower that was in Aquh originally though. I can't find the file for the original tower, I will keep looking though as I liked it better then the current one. A new little area has been added, I plan to add sitting regions to the benches there.

I also would like to add a small garden area next to the Memorial Building to balance that side of the age.

I have other plans, such as plant life. But I will go ahead and make a new release as soon as I get the linking book the way I want it. In fact since the last release was Vers 0.3, and since I imported this into Max. I will go ahead and make the first Max release Vers 1.0. I do believe with what I have done it is ready for that leap. So expect it in the next week or so as it will be here and waiting for everyone.
MOUL Again Ki #'s
I.Brattin - 777796
Jayden Halliwell (IC Explorer) - 54404

This is an Honorable idea for an age, and I look forward to visiting the next release. Keep at it!
MOULagain KI: 45001 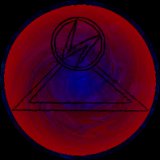 I.Brattin wrote:Invisible Collider has been added so you don't walk all the way out to the skydome.

Why on earth would You do that, instead do it properly, and just change terrain model, so You would not need invisible collider?
Egon #2052375
Who You gonna call? Guild of Doorcallers! #5356672
Eder Tsogal/Delin Marathon