News pertaining to the site and the forums, as well as guild discussions and events in the world of Uru.
Post a reply
9 posts • Page 1 of 1

For many years, the Guild of Messengers and the Guild of Writers have existed as distinct entities in the Uru community. Collaboration and communication have always been the key words to describe our relationship, itself based on a foundation of mutual trust and respect. After much thinking and planning, we have decided to take this one step further: we are proud to announce that both guilds are fusing together to form the Guild of Messengers and Writers!

We'll be providing more information about the GoMaW at the AGM, but here are the essential points you need to know right now.

We feel like there are too many similarities between our Guilds to continue with this unnecessary distinction between the two groups. Many of our members are also Messengers, some of which are GMs over there, and we frequently discuss semi-private Writers business with various Messengers (and vice-versa). This new identity will also give us a better chance at remaining a core pillar of the all-too-fragmented Uru community.

This has long been in the works, and we've decided that we are now sufficiently prepared for it to happen. We're currently busy deciding how the new Guild structure will be layed out and preparing to merge the websites together. Here's what we've hashed out so far:

Right now. As of the writing of this post, the GoMaW is now an official entity. We are currently really busy setting up the new website, so hang tight for more information!

If you have comments and suggestions about the proposed changes, we'll be happy to listen to them and eventually implement them. Membership will always be open to any and all.

My comment on the MOUL forums applies here as well ...

Show Spoiler
If that's an April's fool it's a really good one, it sounds absolutely serious ...

Hey! this sounds great. I have a submission for the logo, its a combination of the two mascots, Kitty (GoW) and GoMe (GoMe). It's a bit rough, i'll doa good copy, but i wanted to get the idea out there so others can discuss! (btw, sorry if i am doing any copyright infringement by making a version of GoMe)

No bahro were harmed or enslaved in the making of this Age.

An excellent idea! We at the GoMaW look forward to future versions.

janaba wrote:If that's an April's fool it's a really good one, it sounds absolutely serious ...

This is a matter of the utmost Newtonian gravity. We can't divulge too many details just now, as we're still pondering various aspects, but we'll be glad to answer your questions once we're ready.

Please disregard the post date on this thread - it is not to be taken into account in any way.
Lyrositor
Explorer #16601888

Ohh, and yes, thanks a lot for the prompt and promising additional revelations, Lyros, I'll be keeping this in my considerations as to my future comments and expressive statements and proposals hindsight all those astounding developments all over the place ... This means, I'll be coming back to you on that at anytime in the future, so take your time and don't hurry, please ...

We have been overwhelmed by the amount of support from both Messengers, Writers, and interested third-parties (we're still sorry to see you go Nev'yn, though); we have already received several logo submissions from eager artists, and one in particular stood out. Without further ado, I give you the new GoMaW logo, courtesy of Doobes himself:

Will you require any more information, janaba? 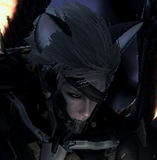 Thank you, Lyros, I am completely and perfectly ok with that profound statement and thus not in need of any further comments and explications to that matter ... and what a sweet and lovely guy you've been sending to us to unveil the truth behind all of this ...

I'm SO glad this isn't actually happening... ?
The USRD (Universal Society for the Restoration of D'ni)