Anything that isn't directly related to Age Creation but that might be interesting to Age developers.
Post a reply
7 posts • Page 1 of 1

I bought Obduction, only to discover there's no way my old computer will ever run it.
Still in the mood for a puzzle-based game, I bought The Witness during the holiday sales.
Have you tried it?
It is wonderfully annoying. I'm doing it a little bit at a time, avoiding the urge to use hints and walkthroughs.
It lacks the atmosphere of the Myst series, it has no story, but it is based on pure logic, something I appreciate.

I sometimes play with my 9-year-old, and it is quite humbling how he can breeze through some puzzles quicker than I do. But he does the same in Portal and Portal 2.
Chacal

I got it on sale a few years ago and think I spent too much then. The visuals make my eyes bleed and the gameplay is effectively the same as a $1 puzzle book from the dollar store. I gather that my opinion is apparently in the minority on this game, however.

That's a nice way to describe it.

I loved it, although I couldn't complete it.(it can get quite hard).

Hoikas' opinion is valid though: it is quite a divisive game. I love it for what it is, but many people compare is to Myst and while there is a clear inspiration it is a very different kind of game.

At first I was disapointed to find there was no story at all, I hoped for some kind of big reveal (or even a small one), but that's not that kind of game. In fact it's very much a unique kind of game.

Also I need to give the iOS version another try. When I tried it I didn't like the controls at all, (FPS controls on tactile screens..) and the small screen makes me a little sad for such great visuals, but for the puzzles it is a really great platform..

I liked the visuals myself, but the rest of Hoikas' statement I agree with.
Beneath - IC Blog.
Beneath: Ages of Tweek - FB Age Dev Page.

Aspects of the game I like:
- Diversity: several (at least 11) completely different areas, each with its own look and feel, and its own puzzle type.
- Compactness: all these areas on one small island you can walk across in about one minute, and yet visually separated.
- Openness: you can roam about almost everywhere, explore areas and solve puzzles as you learn and as you like. There is no predefined sequence of discovery. There are logical and natural sequences: if you don't understand the rules for a puzzle, you have probably missed some tutorial puzzles. You can skip this puzzle until you learn how to solve it. I love 3D worlds, just running around is a major part of my enjoyment.
- Clarity: even with no instructions, it quickly becomes very clear what needs to be done (but not why). There is no Myst-like guesses where you pull a lever and hope to eventually find out what it does. Each puzzle, however difficult, HAS a solution, you just need to understand the rules.
- Graphics: simple, very high contrast and bright colors. Bright sunshine.
- Architecture: the 3D world is cleverly designed and intriguing. There are layers of civilization, with modern construction added to ancient ruins, reminding me of this burnt church in my home city (see below).
- Mystery: there is no explanation about why the island is like this or why you have to do things. There is a story for sure (as told by voice logs, statues, and movies) but it is open to interpretation and your guess is as good as mine. My feeling is the island is a learning machine, more precisely for learning about learning. Science, discovery. This is the common theme in all voice logs.
- Cleverness: there are a lot of "Wow!" moments. Especially when the 3D world interacts with puzzles, although there are not enough of those.
- No pressure: winning is not that important. You can complete the game without solving everything (you need to solve 7 of the 11 areas). The journey is more important than the destination. 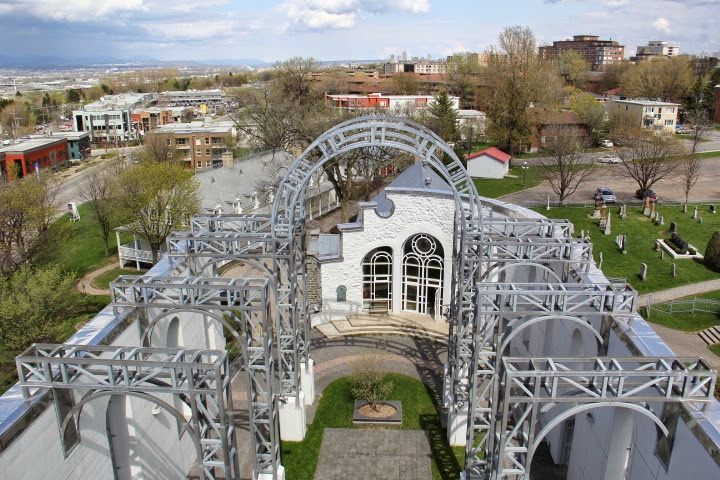 Joke aside, haven't played it yet but probably will at some point. I'm not fond of puzzles-for-the-sake-of-puzzles, nor of the low-poly look; but with that said the environment and how well it handles global illumination really make me want to have a look at it.

Aloys wrote:I love it for what it is, but many people compare is to Myst and while there is a clear inspiration it is a very different kind of game.

Yeah, I agree with this. To me it looks as similar to Myst as Xing, The Talos Principle or Portal would. I wouldn't go as far as say TW is the "closest thing to Myst". Although it's true all are good games, and Myst players are likely to enjoy those of course

Chacal, I enjoyed your list and agree with all your points.
Played it three years ago, so the finer details are a bit foggy now, but I'd add:

Likes:
- since this is obviously (for whatever reason) an ENTIRELY 'designed' island, I was also willing to forgive the designey, even sometimes cartoony quality of the graphics, partly because they were so pretty and charming at times. We don't need to be in dystopian game environments every time, do we?
- similarly, though I would've preferred a bit LESS compactness, it sure did save on running-around time, and again - it's simply not a natural environment.
- as Sirius says, they did a great job with the lighting, which helped overcome some of the chunky rendering
- the many beautiful visual line-of-sight gags that were added without any need. Here's one, (maybe you'll see that the chunky graphics were often not annoying at all): 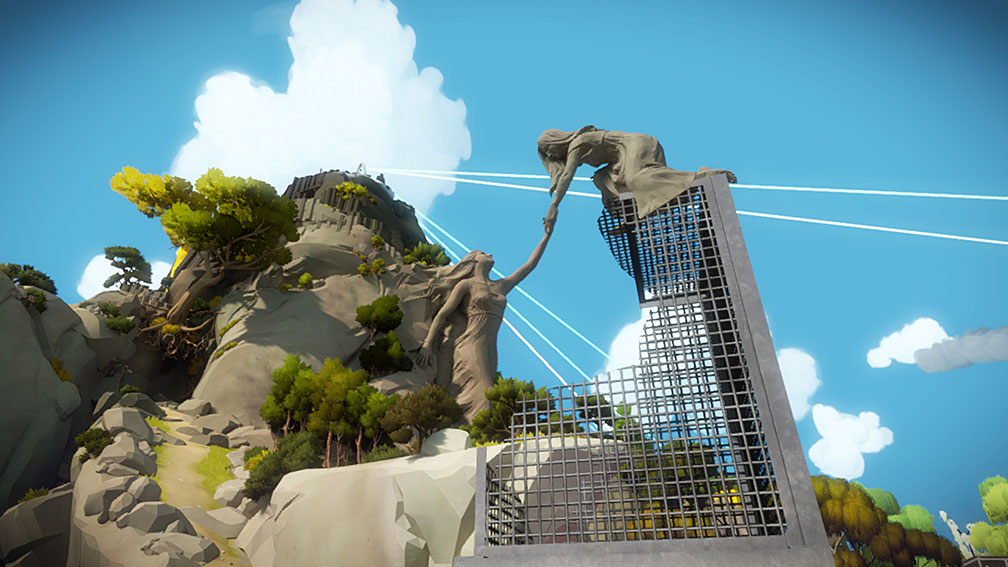 - when the puzzle rules were taught in a stepwise sequence, it was very helpful.

NotLikes:
- when puzzle rules were not taught clearly. I felt this several times, and it wasn't simply the fact that they were taught elsewhere - though even that would imply that the game is best played in a specific sequence and is therefore not really what you'd call nonlinear, open gameplay.
- when puzzles had more than one solution, but only one was the game's accepted, "correct" solution. I saw this many times, and yes in a few instances I later learned why the solution I'd thought acceptable was in fact wrong. But a few remained that annoyed me. Here's one of them, I won't explain the circumstance; it may be self-explanatory if you've been there:

Show Spoiler
timed puzzle sequence at what I assume was the end of the game....but I may be wrong because I never finished it, I hate such races and won't play that game!

So I don't even know if there was some big reveal at the 'end'!

I get why some people can despise DIsneyland, and this place is like that in a way. But in both cases, the sense of craftsmanship is what I admire most.