Somahoglahn: From life to life

The age is available on DI Shard now.

If it works fine, I can upload it to DI UAM as well.
I prefer e-mails to "diafero arcor de" (after adding the at and the dot) over PMs.

Ok so I went for a first visit in Somahoglahn. I was not able to crack the Maya Door. I quit and decided to came back when I would be alone. I was really happy to find the Maya Door open!

I encountered all the animals: the Shamir, the Argiope, the Carabo, the Polistea, and followed the rainbow. Got to the point where I was able to cross the drawbridge to the heirloom of the Master.

Here's 5 images which leave me clueless:

1) Remember your past (you mean the one puzzle I didn't solve? i.e. the flowers) to know how to set your future (I'd be glad to set my future but how, the balls are locked in position!) 2) This seems like a great passage, would be better open! 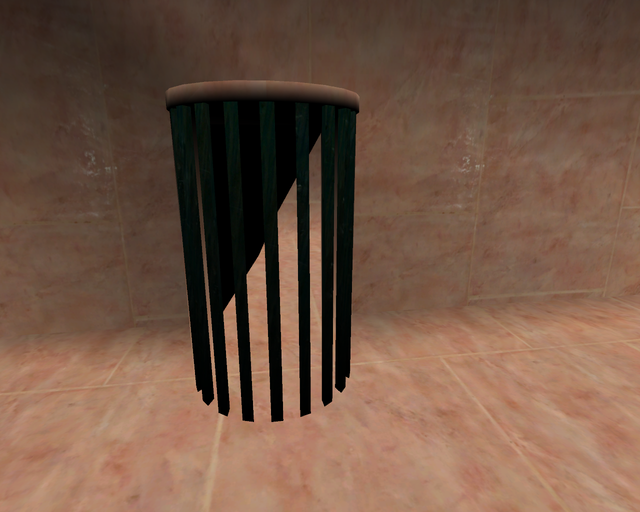 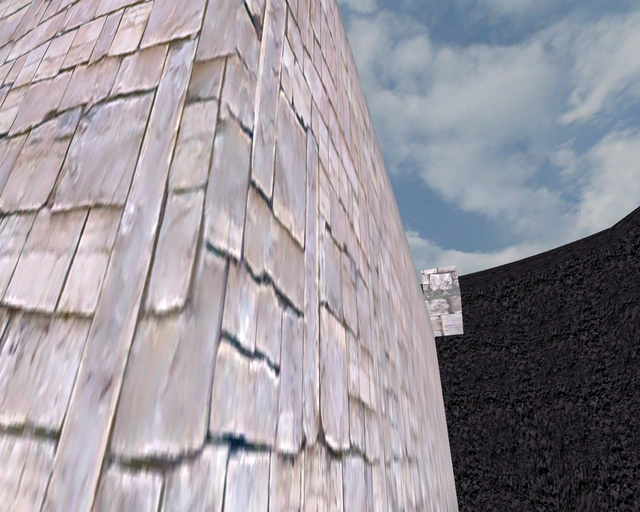 I won't give my appreciation of this age yet; I don't want to be rude, the main reason is that it is way too late. I just got caught by the puzzles. But I'll let you ponder on this: if I got so far, that should be telling!

WOW. Solved in a day. I think i not have give you a great job this time. But is possible your beautiful minds have worked very well.
Age completed. Solved after you have access to the house over the bridge.

For answer to you Theodore:
1 : All can become clear after all ages are written.

2 : The way is open on the other side, but have you seen where it leads?

3 : Nothing more. I have close the way with a door. Stop. The seal is the Goal.

Congratulations all. This time i have lost in few time...sorry for not have does better, but i hope you have fun in offline mode, or in all cases with the next.

The age is also available via Deep Island UAM now.
I prefer e-mails to "diafero arcor de" (after adding the at and the dot) over PMs.

Warning: For a my error, the french story is not available....i forgot to upload the correct in the files pack. I have give it now the new files to Diafero. My Apologies for the mistake.

Ok first off, I hope you are not angry by the fact we solved your age very fast.

I had so much difficulties going through Shorah Pahts' labyrinths (especially the 2nd one which is a 3D maze with a secret exit, that was something to behold), Lonirvan's challenges (ranging from easy to crazy), and Tentsahveet's vastness and all the objects to collect to go forward that I was ready and well aware of your ways of thinking. And remember that I made a blitz of your released ages not so long ago in preparation for Somahoglahn release. So everything Jhon J. Jaguar's was fresh on my mind.

There is always a way each age writer operates. I wouldn't tackle Alabaster like I would solve Turtle Isle for instance. But rest assured that Cathedral has the same logic that Turtle Isle, same writer, same logic. It goes with every ages. melvin's ages were all released at once. I had more hard time figuring out Peridia and Palamary Bay than Ruins of Azmar. Once you understand the inherent logic of an age writer, solving their subsequent ages becomes easier.

Somahoglahn was not different. I do understand your logic and how you approach your ages, even though, they are very different; there's an underlying unity to them. I wasn't able to open the Maya Door and I'm still clueless on how to open it (so technically speaking, it is not 100% solved for me). I will try to solve that 1st puzzle before next Sunday for the Fan Ages Tour.

All the other puzzles were ranging from easy to pulling my hair. Let's go by level:

1) The Shamir:
I tried a friendly encounter, turns out I'm not allowed. I saw this opening on the side, I never added 2 and 2 but now I see where that opening leads. I wonder if anyone can even reach it given the temper of The Shamir. I tried the spider door, not functional so I had any other choice but to try out the other panel. I won't spoil anything but it is not that hard to figure out.

2) The Argiope:
I searched for something to open the door at the end of the maze, found nothing, saw that creature, kind of understood her invitation, I said to myself: "Oh what do I have to loose!" I had been to relto quite a few times with the previous creature.

3) The Carabo:
For this encounter, I pulled my hairs! I had no idea whatsoever but then I thought about the last encounter (Argiope) and said to myself, maybe he will talk to me in his ways. Made it!

4) The Polistea:
That one went really fast. I had checked out 2 nice videos down in the garden area, and took snapshot in both where some [cough][cough]

[cough][cough] where given. Added 2 plus 2 together. The biggest hurdle for this part was to not get lost so I devised a marker quest with a lot of markers to know exactly what each wasp represented.

5) The Rainbow:
Same as previous

6) The Top Room:
Having lost countless time near the Shamir, I knew what the device there was for, went for it and that's it!

7) Heirloom of the Master:
Made it!

Your age is very nice, the puzzles are well balanced. Love your use of videos for storytelling and clues (only Adrael Team did the same with their first released age). I was expecting something bigger than that. Maybe I was spoiled by the sheer immensity of Tentsahveet. Reminded me of Lonirvan in the sense that you have to solve a puzzle before moving up to the next area. But there stop the similarity with Lonirvan. I love the overall message of that age: collaboration. It fits in its right place as being the last age of the 4th in your Path of the Rainbow Series.

I'm intrigued by the next age you mentioned... I thought that was it: 4 ages?!? Are you starting a new series or is it a bonus age?

EDIT: Oh yeah, the French book. I was going to telll you that you forget it. I was thrilled to read the story in French, what a shock when I opened that book! All the other books are fine. I read the English translation instead. Thanks for all those translations, it means a lot for explorers!

HEHE. Why should i be angry?

I'm very happy you have play my age. And this is the truth about your minds: Are fantastic.

But i have see another thing for Somahoglahn:
Like you have said, my first three ages were written to test perseverance and intrigue players with puzzles of varying difficulty. But after those, i have think: "Stop now....give a bit of space for the meditation!"
Animals.....A thing there is not in many ages. Interaction: a thing i have test for first in Lonirvan, but only in negative.
Naturally the puzzles are obbligatoies, but this time i prefer give a corner for to think about the signified of this game: The Collaboration!
Somahoglahn is more easy respect to other ages too for player will have a land for run and fun, and not only for become crazy

THe lessons of the animals and the books are written for to complete the revelation for the final destination.
Next age is the " Master Age", about you hve read in all 4 book of the story. Is like the original Uru Game: 4 ages solved for open the access at the final age.
Now all you understand for what reason i have called my job "The Secret Of The Rainbow: Expansion" ?
But i cannot be angry for you have play with joy and friendship my ages. I can only be happy for this. It means that I have achieved my goal: Give all you another sensation similar of the first adventure in URU Ages Beyond Myst. (or rather, I hope so ).
Now i have another age to build, and all you know what age is....the age you have know in all 4 storie writte from 4 friends in a special adventure linked to the first chapter of Myst: starting from the age of the stone ship and get to here.
For the 5 languages, is because i know how much is nice have something to read in own language

Thanks for your considerations, are very preciouses for me

I have give it now the new files to Diafero.

I have not received any new files, where should I look? (Best to send me an email.)
I prefer e-mails to "diafero arcor de" (after adding the at and the dot) over PMs.

congratulations Jhon J. Jaguar. Great news !!! as soon as we heard about your new age Kirk and i hurried to DI to test it. it looks intriguing but ..... for us all the videos appear broken. i know how they should look like because someone posted one in my MYST group on Facebook. what we saw when in your age was nothing like that video. i guess those videos serve as clues, however if broken they will be of little help to us.

both Kirk and I have good computers with good NVIDIA graphic cards and 24.5 screens (played Obduction on them on the very best settings without problems). so we have no idea why those videos don't work for us as they should. I guess some other players might have the same problem only they are unaware of that as they don't know how the 'good' videos should look like. if i did not see the 'good' video i would think it was meant to appear broken.

when you can please look into that.

below is the screenshot of one of the videos how it appears to us:

I have sand another mail to you with the 2 files with the correct verion of text for Somahoglahn. All 2 in Ageresources Folder.

IS possible you need download the last version of Bink, because the video created for URU are old, but i have create the video this year. I release for you and all developers 2 links for to find info and download of Bink last versions: for PC and MAC. Test it and tell me if it work . have fun for now