Lontahv wrote:But it would be near impossible without disassembly.
There are more factors to it though.

Actually, while helpful, disassembly and decompilation are things it could have been done without. As Nadnerb suggests, It also made use of guesswork and the Cobbs wiki(though frequently somewhat off). None of this, however, enables you to handle the most difficult part: attempting to reconstruct the intended behavior of a class in an earlier implementation, which may require more details than the later implementation. For example, I recall people saying that it would be impossible due to the differing physics simulators. That was the hardest problem to overcome, but there was also the major problem of drastic changes to the animation system, including Quaternion compression. In order to do these things, it requires knowledge of how physics simulators typically operate, how Quaternions behave( so as to come up with a compression scheme yourself and compare), and similar things. While it certainly wasn't as hard as, say, grokking set topology, it's more involved that a naive analysis would suggest.

Tweek wrote:I know Rium+ rebuilt the Riven Journals site at some point, can't remember the link though. As for the Myst site I'm hoping I can get around to either putting it back up or building a new site for it at some point, depends what other projects I have to do before then.

Because I can't resist my stalker ability to monitor mentions of my username in Google... ;p

The URL for my version of the Riven Journals website is http://journals.riumplus.com. I've also got a copy of the Riven Elementary game (as inaccurate as it is supposed to be) saved away somewhere else... do we need to have more information-exchanging conversations, Dustin? I always look forward to them

"If you lined up all of the world's smokers end-to-end in a big line around the world, 75% of them would drown." 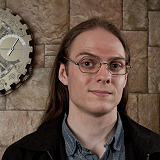 The MO:UL forum admins have shut down the Drizzle discussion ... locked the topic and removed all referring links/urls.

Ian Atrus wrote:Once more with feeling - Drizzle is considered to be a hack by the forum admins and therefore it is not to be discussed here on these boards. Links to the Drizzle pages have been removed. Thank you for understanding.

I'm guessing here: Cyan and their agents (like the forum mods/admins) cannot condone the hacking of the software. I'm wondering ... has the GoW gotten any specific word about this, or is Cyan staying quiet and "unofficially" sanctioning the Drizzle project (or any other hack) by their silence? I have to assume they know what's going on, right?

To answer your question, yes we know, yes we sanction it, the only part we can't sanction is the distribution of Cyan files.
Drizzle itself is OK and Dustin deserves great respect and credit for his contribution, and even more for sharing his knowledge the way he does.

Hacking is what we do, hacking is the only way we can make Ages.

Edit: Gah, I was in a meeting and misread the question. I thought you were asking whether GoW knew about Drizzle and was condoning it.
Last edited by Chacal on Wed Apr 30, 2008 12:02 pm, edited 1 time in total.
Chacal

1. Cyan has said before; Don't take their silence for permission.

3. Leaving those links on a Cyan sanctioned forum would have been asking for trouble(for Cyan).

5. Because of 2; Cyan can't give explicit permission to convert MOUL content to CC.

Sadly, the MOUL moderator also removed links to my "opening the City" challenge.
Last edited by Chacal on Thu May 01, 2008 12:42 am, edited 1 time in total.
Chacal

This may not be the right thread to ask and if so I apologize in advance, but I've got everything installed and I've used Andy's Nexus (wow! It's so cool, thanks for making that!) but I have three issues.... One, Minkata doesn't work and I'm assuming that's because of the daytime/nighttime thing, Payiferen* crashes every time I try to link in so I'm thinking maybe I missed converting a file? And finally, this might be a dumb question, but how do I get to Kveer?

*Not Dereno! I swear, I never get the pod names right.

Thanks for the compliment, but thank Boblishman as he made it look better.

Now, I link to Minkata with no problems, so I'd suggest go back and look to make sure you converted all the files. There is like 9 prp files you need to convert.

I've had people over at the Maintainers also seem to have problems with Dereno, not sure why, but for some it works, and others not. All I can suggest is to keep trying to convert the files.

Last: K'veer. I didn't put in a link to K'veer because you'll have a link to K'veer in your City Book in Relto. Be warned though, you will have to do special things to convert the MOUL K'veer, and delete some files too. You really should make sure that you first finish Uru and get to K'veer the normal way first before converting.
"I'm still trying to find the plKey for Crud!"