News pertaining to the site and the forums, as well as guild discussions and events in the world of Uru.
Post a reply
18 posts • Page 2 of 2 • 1, 2

I haven't tried it myself as my main Linux system hasn't been used in a while, but it should be possible to use Korman with Blender 2.79b.

You'll need to build a couple of libraries manually, though. Build and install libHSPlasma (along with PyHSPlasma in that project), and then you'll also need to build korlib which comes with Korman. I'm not sure where that needs to go on Linux, but if Blender is using your system Python, then putting it in your system Python's site-packages folder should be sufficient. After that, I expect it would just be a matter of copying the Korman plugin folder into your local Blender's .blender/scripts/addons folder.
Changes in version 10.17: The CPU no longer overheats when you hold down spacebar.

Hoikas hit it on the head Korman is not compatible with Blender 2.76b and that is the Blender version that loads to my Linux laptop.

Having Korman is no big deal I was just wondering if I could have Korman on that laptop as it is I use it for other jobs that don't require Korman.

If you do end up wanting to give it a whirl, you could try manually installing Blender 2.79b for Linux.

I have hit a bug with Korman 0.07 It involves Exporting and Nodes not being recognised.

I swapped back to Korman 6 and the Blend file exports sweet as a nut.

I will get you details soon but work just threw something in my path.

Heads up though. Incoming

The whole thing is an edit for Avatar customisation Clothing change 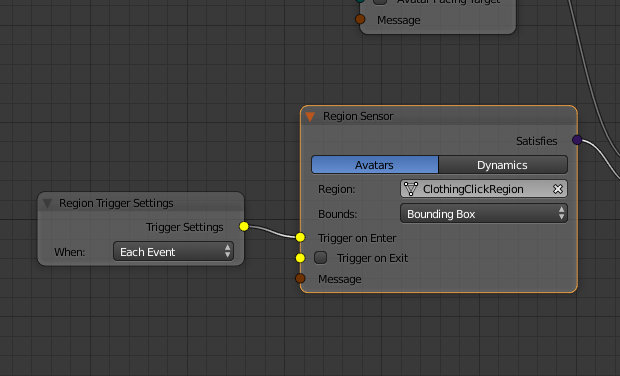 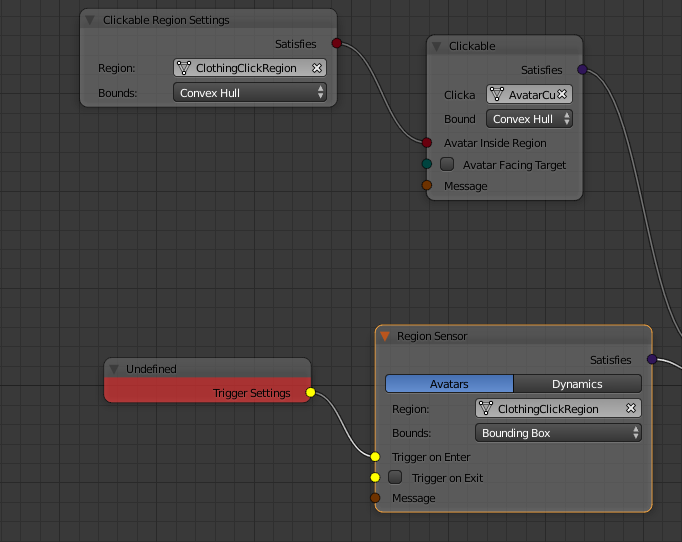 Obviously you can ignore the upper two nodes in the Korman 0.07 grab.

Get back to me if there is anything more your needing

Note no immediate rush for me as I can do most of my current needs with Korman 0.06 but figured a prompt Heads up was best.

This is a known issue. Check the initial post in this thread.

J'Kla wrote:Note no immediate rush for me as I can do most of my current needs with Korman 0.06 but figured a prompt Heads up was best.

You can continue using 0.07: just replace that non-upgraded node with a new, proper Trigger settings one and everything should be fine.
Changes in version 10.17: The CPU no longer overheats when you hold down spacebar.

Tsar Hoikas wrote:Unfortunately, if you had any "Region Trigger Settings" nodes in your blend files, they will have to be completely recreated.

My blend export is a new Personal.age

Code: Select all
out of date & will be deleted

Fortunately I have plenty of backup and have a Korman 0.06 version I can still use as a fallback.